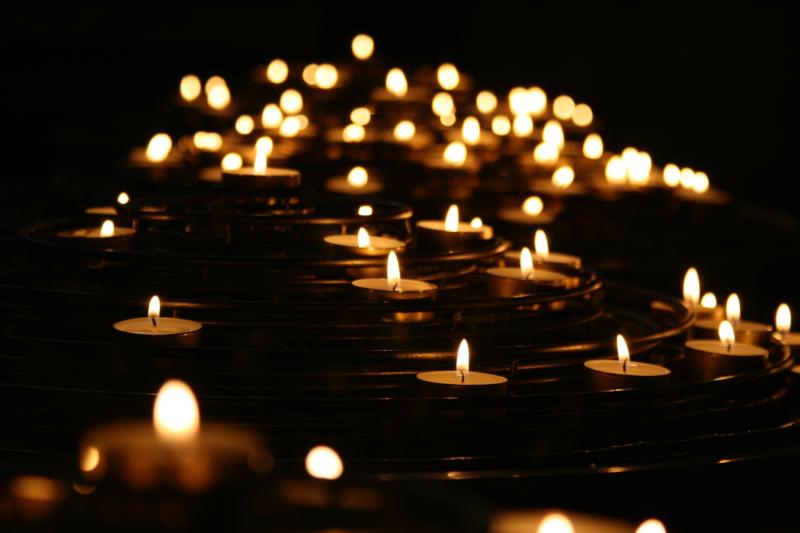 The death has occurred of Denis O'Brien of Glenaboy, Tallow, Waterford

May Denis Rest In Peace.

The death has occurred of Angela Allen of Philip Street, Waterford City, Waterford.

May Her Gentle Soul Rest In Peace.

The death has occurred of Derek Power of Cherrymount, Waterford City, Waterford.

Funeral arriving to The Sacred Heart Church, The Folly on Monday 13th September (walking from Ballytruckle) for Requiem Mass at 1pm.

To view Derek’s Funeral Mass on Monday from 12:50pm follow the link

The death has occurred of Maurice (Mossie) Healy of Shanbally, Cappoquin, Waterford.

Funeral Mass on Monday morning at 11.00am, followed by burial in the adjoining cemetery.

Due to the New Government and H.S.E. guidelines regarding public gatherings, the capacity of the church is 50%. All those attending are asked to please respect social distancing guidelines.

May Breda Rest In Peace.

The death has occurred of John Young of Hillview Drive, Dungarvan, Waterford

The death has occurred of Liam Harney of Glen Road, Knockmahon, Bonmahon, Waterford.

Friday September 10th, 2021. Predeceased by his father Joe and his mother Breda

May Liam Rest In Peace

Arriving in St. Anne's Church, Ballylaneen for Requiem Mass on arrival at 12 noon on Monday followed by burial in adjoining cemetery immediately afterwards.

Due to H.S.E. guidelines the funeral Mass will be limited to 50% of church capacity. Thank you for your co-operation and consideration at this difficult time.

May Mick rest in peace.

Requeim Mass on Monday in Butlerstown Church at 12 noon, followed by burial in the adjoining cemetery. Mick's Funeral Mass will be livestreamed from 12 noon on Monday by following the link below

Mick's funeral cortége will be passing his residence at approximately 11.30 am on route to Butlerstown Church giving neighbours and friends an opportunity to pay their respects whilst socially distancing.

Family flowers only please, donations if desired to the following link

Due to the New Government and H.S.E. guidelines regarding public gatherings, the capacity of the church is 50%. All those attending are asked to please respect social distancing guidelines.

The death has occurred of Jim Hickey of ''Woodview'', Glencairn, Waterford

Jim will be reposing at his home in Glencairn on Tuesday afternoon, 14th September, from 4.30 p.m. with removal at 6.30 p.m. to St. Carthage's Church, Lismore. Requiem Mass on Wednesday, 15th September, at 12 noon (50% capacity in the church). Interment afterwards in Aglish Cemetery, Glencairn.

May Jim Rest In Peace.

Reposing at The Kiely Funeral Home, Dungarvan on Monday evening,13th September from 7.30 p.m. to 9 p.m. with Prayers at 8 p.m.

A livestream of Ber's Requiem Mass can be viewed from 10.50 a.m. on Tuesday 14th September on the Ardmore/Grange Parish Live Stream at

Reposing in Mulligans Funeral Home, The Faythe, Wexford, (for family and close friends only) on Tuesday from 2pm until 5pm with removal at 7pm to St. Mannon's Church, Cleariestown. Funeral Mass on Wednesday at 12 noon, burial afterwards in the adjoining cemetery.

Thundery downpours with a risk of flooding in Waterford, predicts Met Eireann