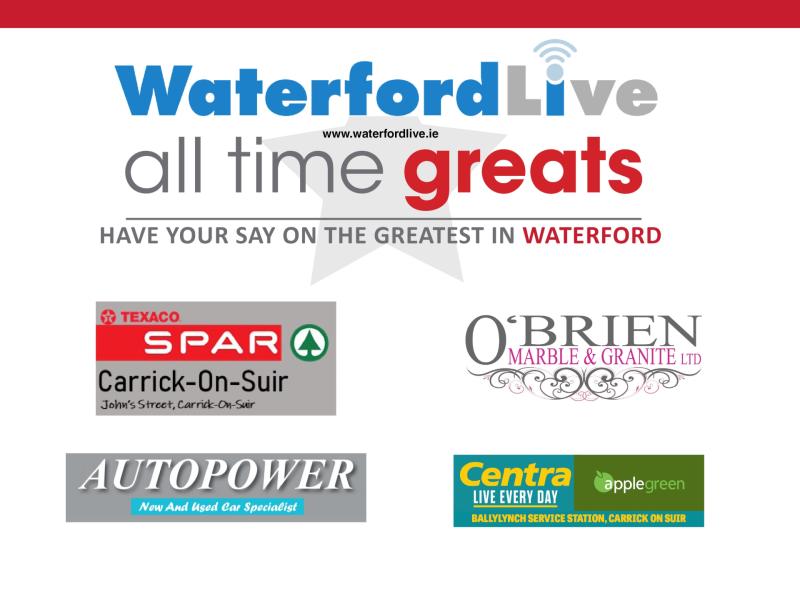 Magician Keith Barry will be hoping to work his magic to overcome revolutionary hero Thomas Francis Meagher. Barry overcame 'Clair' singer Gilbert O'Sullivan in the round of 16 while Brendan Bowyer couldn't hucklebuck his way past the might of Meagher.

Mullane saw off playwright Teresa Deevy at the last 16 stage while Treacy outran acting royalty in the shape of Anna Manahan to advance.

Finally, looking for a place in the semi-finals will be former Manchester United and Ireland player John O'Shea and cycling icon Sean Kelly.

Sean Kelly raced clear of Carrie Crowley to make it through the last 16 round while John O'Shea eclipsed Waterford Crystal founders George and William Crowley.

The quarter-final winners will advance to the semi-finals as the process to crown Waterford's All Time Great continues.

You can vote in all four quarter-final ties by clicking on them below: