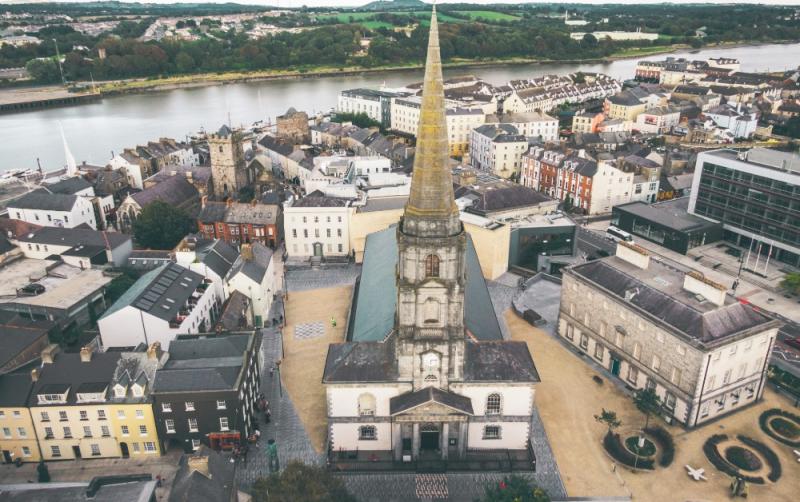 Waterford has emerged as Ireland’s only Clean City and was classed as Clean to European Norms, according to the 19th year of the Irish Business Against Litter (IBAL) Anti Litter League.

Waterford City 'topped the list' of the cities surveyed by a ‘long shot’.

The top-performing sites are not the lack of litter but the overall presentation and maintenance, the report said.

The sites were well presented and maintained and a complete absence of litter was noted throughout.

The Car Park opposite People’s Park had been a heavily littered site over several previous IBAL surveys, however, it was observed that a substantial clean-up had taken place, transforming the site completely.

Director of Services with Waterford City and County Council, Fergus Galvin said that Waterford’s achievement as Ireland’s Only Clean City was a 'great accolade' for the city and one that has been achieved by the hard work of the community.

“There has been great investment from local schools, voluntary committees and business communities and that commitment has resulted in Waterford topping the cleanest city table.” added Mr. Galvin.

Mr. Galvin said environmental awareness initiatives such as the Anti-litter challenge for secondary schools, Tackling Single Use Plastics, Picker Pals, and the Gum Litter Task force have 'paid dividends', by helping keep public realm spaces spotless, and also instilling younger generations with a sense of pride in our place.

PROPERTY: €2.5m for an indoor pool and breathtaking ocean views in West Waterford