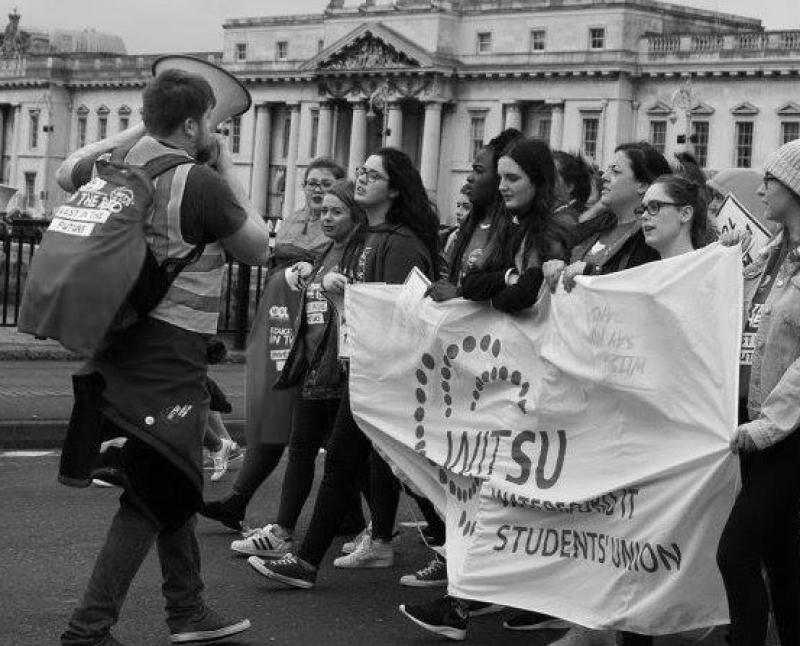 Waterford Institute of Technology (WIT) students will join the Union of Students in Ireland (USI), other students’ unions, housing agencies, community and campaign groups, and political parties from across the country on Wednesday as part of a housing crisis national demonstration in Dublin.

WIT’s Students' Union brought 400 students to Dublin in protest that education is a right and to oppose income contingent loan schemes last year, and are expecting a big turnout again for the Raise the Roof rally on accommodation and homelessness on Wednesday.

Students will march from the Garden of Remembrance to the rally in Molesworth Street to highlight the impact of the accommodation crisis on students and warn that concerted and urgent effort is needed by the Government to counter precipitously rising rental prices which have all but priced students out of the private rental sector in college towns across Ireland.

Speaking in advance of the march and rally, USI president Síona Cahill said: “On Wednesday, students will march in full solidarity with the Housing and Homelessness Coalition’s objectives, highlighting the failure of Government to address shortages in provision for homeless people, the slow progress in the development of social housing and the slow pace of development of homes across Ireland.

“We’re now entering yet another generation of people apparently condemned to never have a home to call their own.  Social housing development has slowed to a snail’s pace, with the Government preferring to believe that the private developers who helped desolate this country just a decade ago are the route out of the housing provision gridlock.

“USI believes that, in parallel with the provision of purpose built student accommodation on campuses across the country, the Government must prioritise and invest in social housing and provision of support to organisations working for homeless people. We believe that a country with rising tax returns and a return to relative prosperity has a responsibility to invest in the people the Celtic Tiger didn’t help and the Great Recession hurt the most.”

WIT students can purchase a return bus journey ticket for €3 at the Students’ Union shops. "This time last year WIT Students' Union travelled to Dublin and protested against the introduction to student loans.This Wednesday we travel to Dublin to protest against the housing crisis which is affecting the entire country.

Students are facing repercussions of this crisis with higher rent and inadequate housing. If it hasn't impacted you, it definitely has impacted someone close to you,” a WIT Students' Union spokesperson stated.