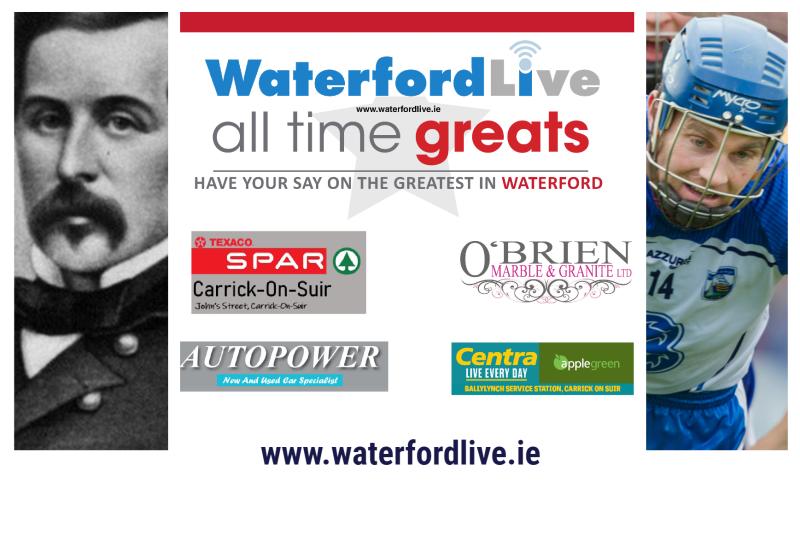 Thomas Francis Meagher and Michael 'Brick' Walsh have made it through to the semi-final stage of the Waterford All Time Greats, a series of polls aimed at finding the county's greatest ever person.

Michael 'Brick' Walsh is a hurler of a generation, defining the grit of the Déise throughout the early 2000s. He commenced his 17th season with the Waterford hurlers.

Two great leaders, one from the world of politics, and one from sport, Meagher and Walsh will now be vying for your votes until semi-final voting closes at 11pm on Thursday, February 14.

To vote in the other semi-final and find out more about the Waterford All Time Greats, click here.