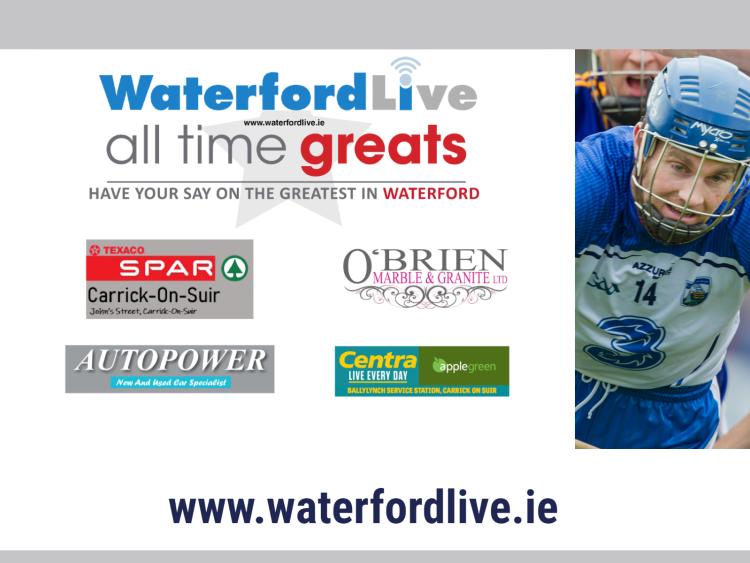 You need say just one word and every hurling fan in the country will have visions of 'Brick' bearing down on goal in the colours of Waterford, or indeed his club Stradbally.

Having commenced his 17th season as an intercounty hurler with Waterford in the 2019 Munster League, Michael 'Brick' Walsh is one of the county's longest-serving players of all-time.

His commitment to the Déise began with the county's footballers, spending two seasons as a dual player, before committing to the small ball.

Brick dedicated much of his life to his club, picking up ten county football titles to date. He has been named captain of the Waterford senior hurlers for the 2019 season.

SEE ALL THE OTHER WATERFORD ALL TIME GREAT PROFILE HERE