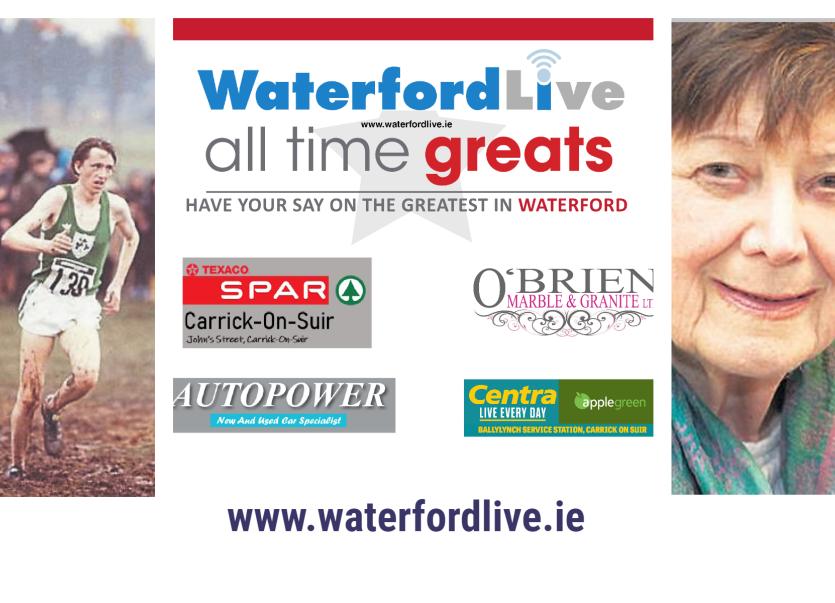 A Déise Olympian and award-winning actress do battle in our next round of 16 poll in the search for Waterford's All Time Great.

Runner John Treacy is taking on Anna Manahan for a place in the quarter-final.

Cast your vote in the last 16 clash of John Treacy and Anna Manahan at the top of this article.