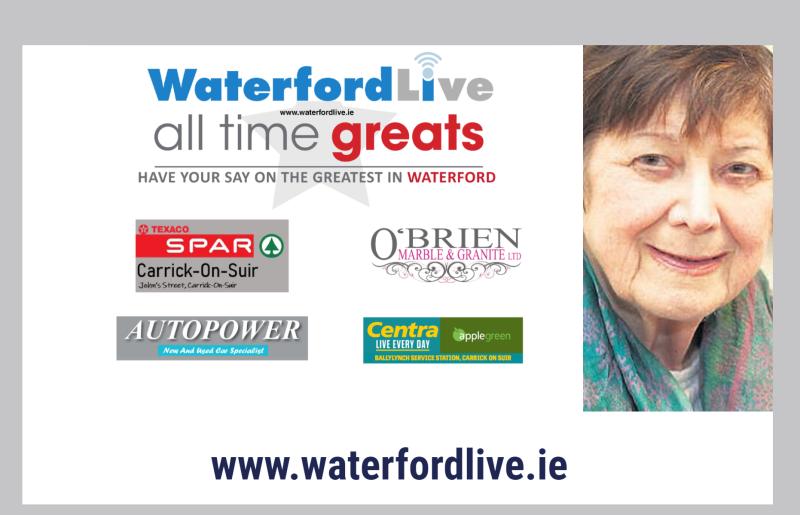 The late Irish actress Anna Manahan was born in Waterford in 1924.

The late actress, whose distinguished career spanned more than 60 years, received two Tony Award for Best Featured Actress in a play nominations for her performances in the 1968 production of Lovers and the 1998 production of The Beauty Queen of Leenane. She won the latter at the 52nd Tony Awards.

The late Irish playwright John B. Keane wrote the play Big Maggie specifically for her. In 2001, she starred in Keane's The Matchmaker. In 2005, she starred in Sisters, a new play by Declan Hassett that was also written for her and for which she was nominated for a Drama Desk Award in the category of Outstanding Solo Performance.

She received the Gold Medal of the Éire Society of Boston in 1984. She received an honorary doctorate in letters from the University of Limerick in 2003. She was granted the freedom of the city of Waterford in 2002 in recognition of her life's achievement in the arts.

In 2004, she started to play the role of Ursula in Fair City. The documentary All About Anna (2005) highlighted her life and work. In 2008, she became the first-ever patron of the Active Retirement Ireland organisation.