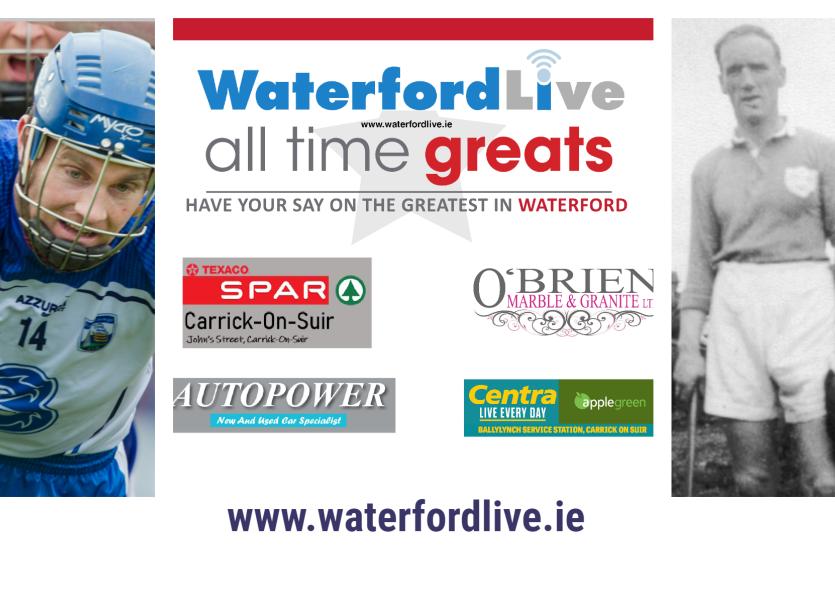 Two Waterford hurling heavyweights are going head to head in this round of 16 clash in the Waterford All Time Great polls.

Brick started his 17th season in the blue and white in 2019 after a lifetime of service, while John Keane is an All-Ireland winning player and manager with Waterford.

Cast your vote in the last 16 clash of Michael 'Brick' Walsh and John Keane at the top of this article.