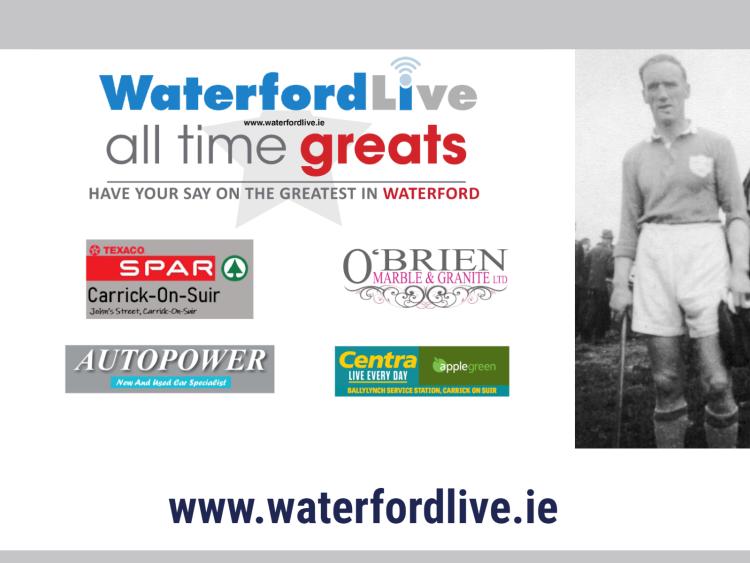 The man who had a hand in both of Waterford's All-Ireland hurling final victories, John Keane is an iconic figure.

As a player, Keane was a marauding centre-back who scored seven goals and nineteen points for the Déise over a 20-year career.

As a veteran of 14 years senior experience in 1948, Keane was instrumental in the county's breakthrough to win Liam MacCarthy for the first time ever. He also collected tow Munster titles as a player with Waterford, as well as two county football and eight county hurling finals with his club, Mount Sion.

He cemented his place in Waterford hurling folklore in 1959 when he led Waterford to their second and still most recent All-Ireland win as manager.

He has continued to honoured and even made the Hurling Team of the Millennium in 2000, the only Waterford player to do so.