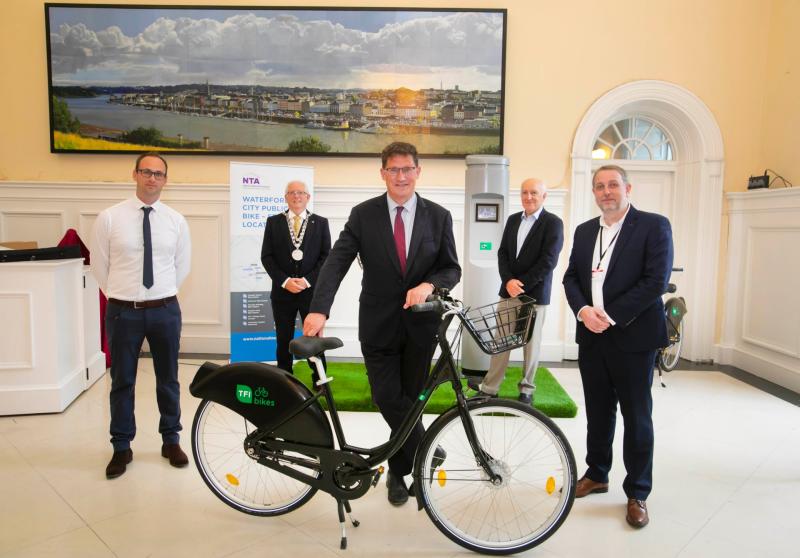 Fourteen stations will be provided around Waterford City through the bike share scheme, with the public invited to make submissions on their locations.

The National Transport Authority and Waterford City and County Council have begun a two-week consultation process around locations for stations for the bike share scheme in Waterford City.

The scheme will incorporate 14 locations across the city and will become operational later this year.

The consultation will last from today, Thursday 16 of September, to Thursday the 30th of September and members of the public can make their submissions at www.nationaltransport.ie/public-consultations

The city bikes scheme has already been successfully launched in Cork, Galway and Limerick and the NTA hope the Waterford scheme will be just as successful. A similar scheme, supported by NTA was established by Dublin City Council in 2009.

Market research undertaken by the organisation has identified key improvements for the regional city bikes such as a new baskets, which were overwhelmingly requested as a priority by members of the public.

Newly improved mudguards which offer more robust protection than the current fleet, and the rear lighting system will also be improved to cater for increased night usage of the service.

TFI Bikes are a self-service bike rental service open to all from 14-years old. Stations are conveniently located through each city making it easy to get around on a TFI Bike, whether it is commuting to work & meetings or some sight-seeing at your leisure.

TFI Bikes consists of stations with a terminal and stands for the bikes. The bikes are locked into the stands, when a bike is hired it is released by the system. On return, the bike is locked back into a stand at any station, and the hire is then completed.

An Annual Subscription is the easiest way to use TFI Bikes in the city – just present your card and enjoy the benefits, all year round, for just €10/year.

The first 30-minutes of each hire is at no charge, for longer hires a service charge applies. The fund will be administered for the Department of Transport by the National Transport Authority.