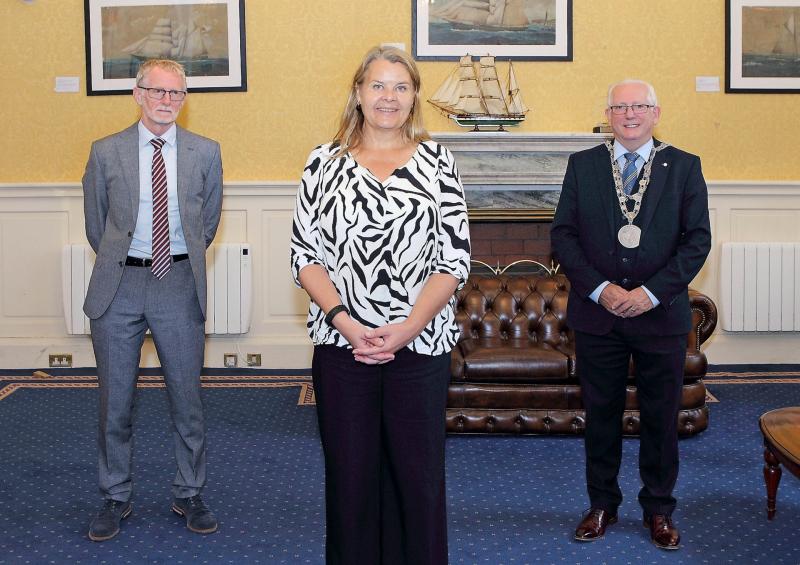 The Norwegian Ambassador visited Waterford this week as the city looks to strengthen its ties with the Scandinavian country, which date back to Viking times.

During her visit Ambassador Skare visited the city’s newest museums, the Irish Silver Museum and the Irish Museum of Time, as well as experiencing the King of the Vikings Virtual Reality Experience at Bailey’s New Street.

Mayor of Waterford City and County, Cllr Joe Kelly was pleased to greet the Ambassador as she embarked on her tour of the city.

“Waterford has strong cultural bonds with Norway and it is wonderful to be able to discuss our historic links.  The Norwegian Vikings left a lasting legacy in Ireland and over 1,000 years later we are extremely proud of our status as Ireland’s Oldest City, which was founded by the Vikings in 914AD,” Cllr Kelly said.

“Waterford, today, still retains the oldest civic building in Ireland, Reginald’s Tower, which was the first defensive structure built by the Viking settlers, so they certainly have left a strong impression on our city,” he said.

Ambassador Skare also met with Eamonn McEneany, Director of Waterford Treasures. According to Eamonn it was the perfect opportunity to discuss consolidating links between Waterford and Norway.

“As not only Ireland’s oldest city, but also one founded by Norwegian sea pirates we are delighted to re-connect with the Norwegian Ambassador to Ireland and to continue the long standing co-operation on matters cultural and historic that have been a central part of our relationship with the Embassy over the past decade,” Mr McEneany said.

“Back in 2019, prior to the advent of COVID, the Council agreed to partner with Tonsberg. This sister city partnership would reinforce our strong links, shared history and mutual friendship with our Viking cousins,” he said.