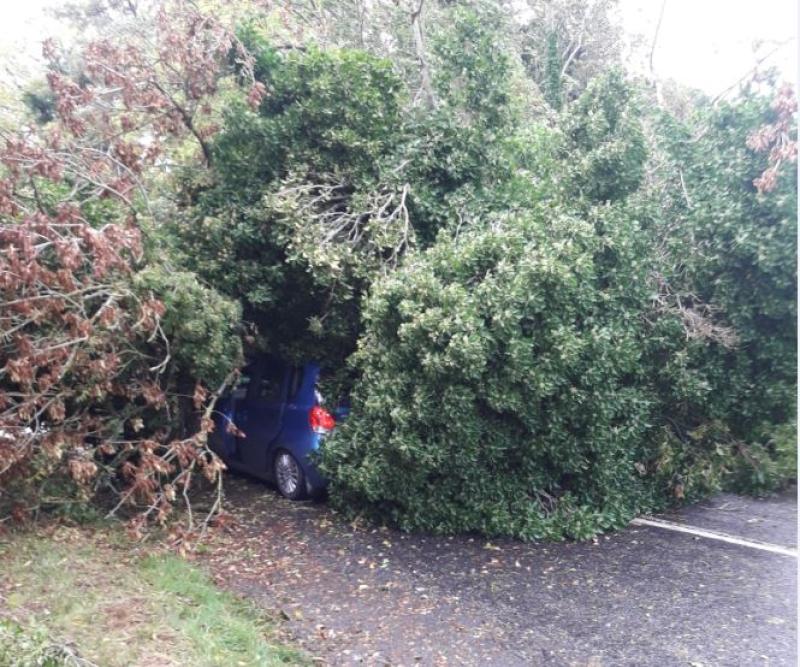 BREAKING: Tree falls onto car in Offaly as crowds head to Ploughing 2018

A large tree has fallen on a car on a busy Offaly road this morning as thousands make their way to Day 2 of the National Ploughing Championships.

It is reported that the tree came down on the car at Lahinch Cross, Kilcoursey, Clara on the Clara to Kilbeggan road. The route is being used by traffic heading to the National Ploughing Championships in Tullamore.

It's understood one occupant of the car has sustained minor injuries. Gardaí, ambulance and fire services are attending the scene.

A Met Éireann weather warning for strong winds remains in place in Offaly and 16 others counties until 1pm.This news comes just hours after another tree came down on a road near Cadamstown in Offaly. Storm Ali continues to ravage the country with 80km/h winds and gusts of up to 130km/h.

The National Ploughing Association announced that it would delay the opening of Day 2 in Tullamore until 11am on Wednesday morning due to the weather.

It's expected that close to 100,000 people have been making their way to the site from all over the country from early this morning.