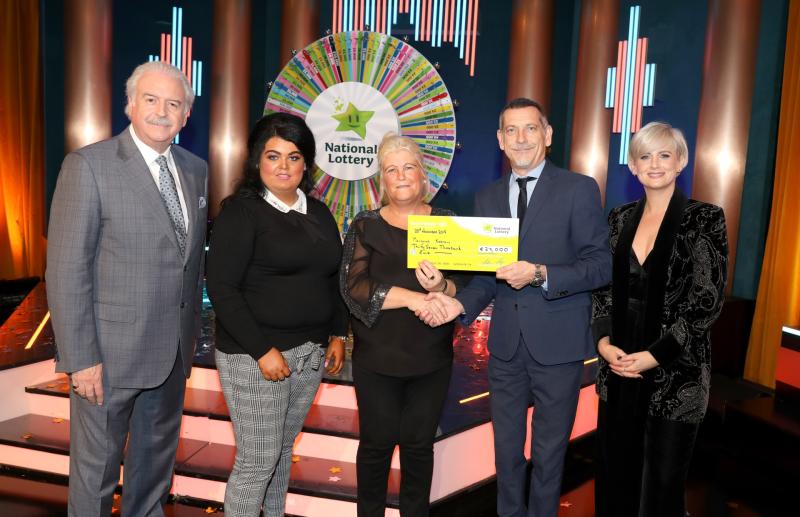 A Waterford woman went on the National Lottery TV game show Winning Streak last Saturday on behalf of her mother and won and brought home a windfall.

Marie and Margaret were relaxing and chatting away while watching Winning Streak on RTÉ One the previous weekend. Margaret knew she had sent in a scratch card that week and mentioned it to Marie just as the segment on the programme began where presenters Marty Whelan and Sinead Kennedy draw the players for the next week’s show.

Both got the shock of their lives when the second ticket out of the drum was Margaret’s. There was great excitement in the house that night and Marie already knew that she would have to front up and go on the show for her mum.

Marie said that as long as her mother has been sending Winning Streak scratch cards into the National Lottery, Margaret has told her that if she ever gets lucky enough to get on the programme that Marie would be the one to go on for her. Marie always went along with it, not believing that one day she would wind up having to make good on that promise.

Regardless, Marie is a cool customer and wasn’t feeling one bit nervous last week leading up to the show.

Marie was cheered on by a number of family members and friends in the studio audience, including Margaret, her dad Paddy and siblings Peter, Paddy Jr, Margaret Jr. and Winnie Ann.

With her winnings from the show, Marie says her mum hasn’t yet decided for sure and will wait until the dust settles, but has said hinted that they family would very much like to go on a holiday early next year.