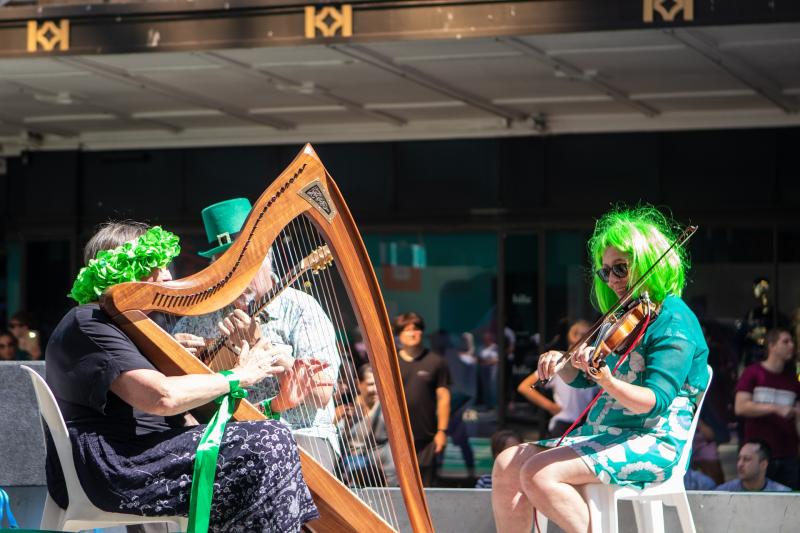 From March 17 to 19, Waterford will go for green with events running all over the city

From March 17 to 19, Waterford will go for green with events running all over the city.

The parade will return for the first time since 2019 with the theme -  Waterford, Ireland's Best Place to Live.

Grand Marshall Finn Ryan, who you'll remember from the Late Late Toy Show when he rang the bell to herald the end of his cancer treatment, will lead the parade through the streets of the city at 1pm.

The parade will start at 1pm, with entries gathering at the Bridge Street end of the Quay. The parade begins at the Waterford Bus Station and will proceed along the Quay, past the Clock Tower and the Plaza, moving around to the Mall. Those who are unable to attend can view a livestream.

Music, entertainment and culture will also fill the streets across the three days with a festival fairground that will take place in John Roberts Square.

On Ireland's newest Bank Holiday, Friday March 18, there will be a trail of music, dance and entertainment from John Roberts Square to O'Connell Street to the Plaza Festival Stage.

Live performances from local acts such as Celtic Rock Stars, Brass and Co. and Intonations Choir will adorn the streets along with many more acts

More music will continue on Saturday March 19 at the Plaza Festival Stage with community group performances Rookie Thomson, Thin as Lizzy and Three for the Road.

Elsewhere at the Applemarket, Mad Ferrit and an Oasis tribute band will perform ahead of a fireworks display at 9pm on the Quay.

Sunday will have a more relaxed vibe with the Phil Collins Trio Jazz concert that will take place in Constitution Square from 1pm.

For more details and information about the festival, livestream of the parade, and more click here.