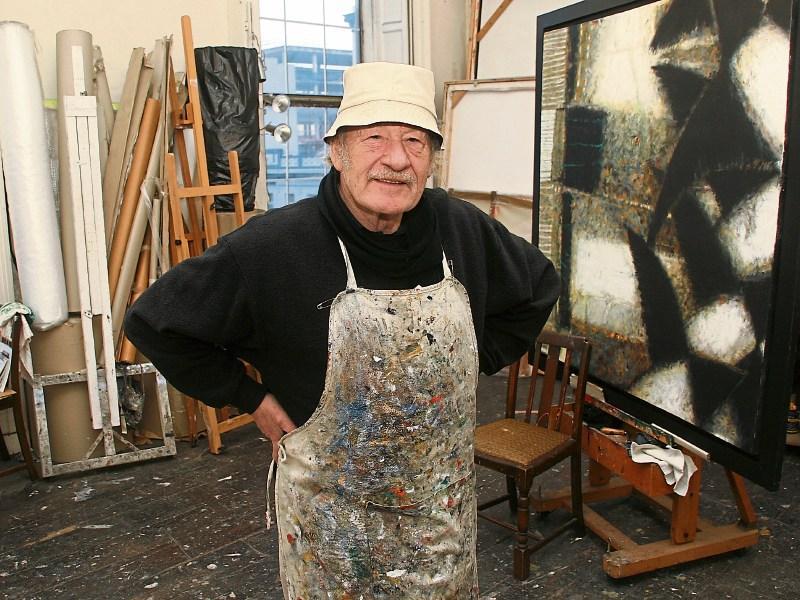 Waterford’s Imagine Arts Festival is set to host a new exhibition from renowned artist John Shinnors during the 20th staging of the festival in October.

The festival offers a series of live in-person and online events at venues across Waterford from October 15th to 24th 2021.

The exhibition from renowned artist John Shinnors is a solo exhibition of paintings at Goma Gallery from October 15th to November 21st. John is best known now for his three-tone colour scheme on a large scale.

John was born in Limerick in 1950 and studied at the Limerick school of Arts and Design. He has had regular solo exhibitions and has exhibited in many group shows since the 1980s. His work is represented in many public and private collections and has received a number of awards. He is a member of Aosdána, a fellow of the Limerick Institute of Technology, and is involved in the promotion of the arts through the Shinnors Drawing Award.

Artist Michael Mulcahy will also host an exhibition at the Coastguard Cultural Centre in Tramore from October 16th.

Michael’s first public exhibition was in 1981. Within twelve years, in 1994 he had two major national exhibitions at the Hugh Lane Gallery of modern art, and Taylor galleries in Dublin, titled « Do-Gong » series. As well as many more national exhibitions since, he has exhibited in New York, London, Paris, Brussels, and the Museum of Modern Art in Seoul.

Michael Mulcahy represented Ireland in the Sydney Biennale. He has illustrated two books of poetry for the Irish President, Michael D. Higgins, who has said on national television that, “Michael Mulcahy is one of our very best artists. Some of his paintings are among my favourites.”

Artist Janet Sibley will also be hosting an exhibition of her works inspired by nature at The Haven Studio in Mooncoin. Rinnefidh Arte' will present ‘Fairytales & Rhymes' at the Rogue Gallery for the festival. The work promotes the ultimate futility of language against the enchantment of the visual encounter as artists, Rosemarie Walsh and Denise McAuliffe, explore various themes and concepts as interrelated images.

In addition to the exhibitions, an online Arts Trail and Art Shop featuring 10 different artists will also be on offer showcasing a variety of techniques from sand artists to printmakers to surfboard graffiti artists and more.

A visit to the festival is also an opportunity to get involved as a series of workshops are also available for the young and not so young, from Surfboard Art to Collaborative Painting to an Animation workshop.

There will be live comedy with Colm O’Regan and Sean Murphy plus Theatre events including Spliced a Timmy Creed Production, Sylvan from Tinderbox Theatre Company, and Marbleface, which was the winner of last year's Imaginings competition which was hosted to identify and commission new artworks and lots more.

Further details and tickets can be found at www.Imagineartsfestival.com