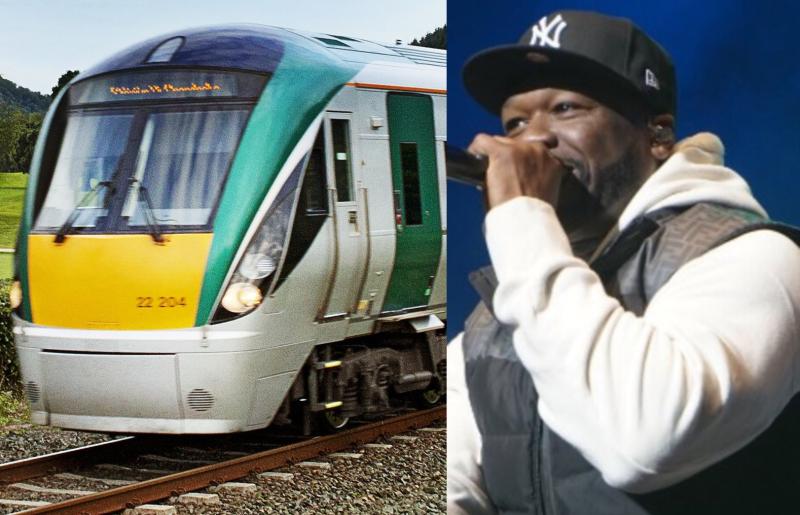 A group of Carrick-on-Suir lads heading to Dublin for the weekend were thrown off course after a Waterford to Dublin train hit a herd of cattle in County Kilkenny.

Irish Rail services were disrupted after the 11am Waterford to Dublin Heuston train struck the cattle at Thomastown on Saturday, causing delays for passengers.

The group were not on board the train that hit the cattle, but their journey was over three hours delayed as a result.

American rapper 50 Cent was “top class” live at the 3Arena, according to the group.

50 Cent described the ‘Get  Rich Or Die Tryin’ gig with G-Unit as “so turnt up”, before later posting a photo on social media from the wing of his plane as he waited to depart Dublin Airport.