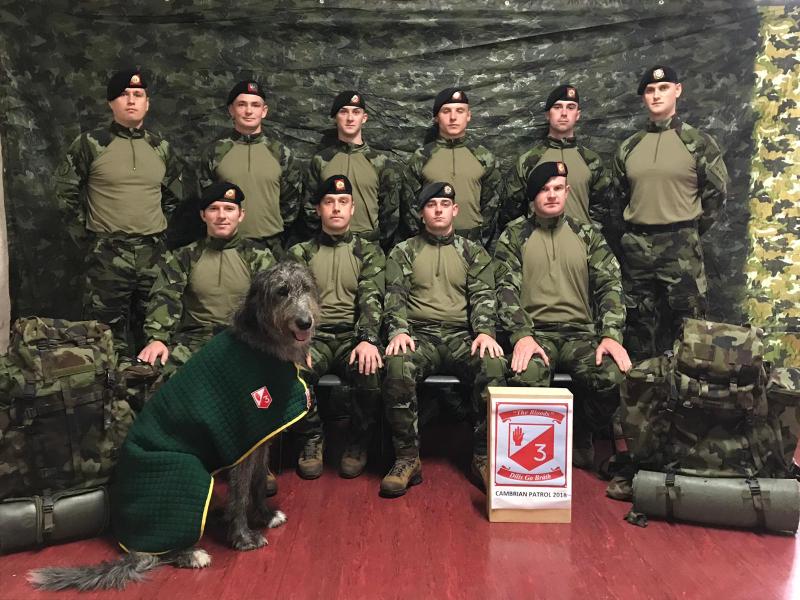 Eight troops based at Stephen's Barracks, Kilkenny, will compete at the Cambrian Patrol in the Brecon Beacons, Wales, from October 18-20.

The Cambrian Patrol is an annual international military patrolling exercise that makes its participating teams cover a 70 km course in less than 48 hours on foot while performing numerous types of military scenarios placed throughout the rugged Cambrian Mountains and swamp lands of mid-Wales. Each team member will carry their own backpack weighing in excess of 80 lbs.

“The Cambrian Patrol was first set up in August 1960 by Welshman Maj Gen Lewis Pugh DSO, featuring long-distance marching over the Cambrian Mountains from Tonfanau on the west coast of Wales to British Special Forces Units,” a Defence Forces spokesperson said.

“Since then, the exercise has been rigorously updated to meet the challenges faced by modern soldiers. Some of the scenarios the teams will face include a 100 metre river crossing, casualty and medical evacuation, navigation, calling in accurate artillery fire, and operating in a chemical contaminated environment."

The 2018 exercise will attract teams from over 30 countries including Australia, India and Pakistan who will compete for gold, silver and bronze medals respectively.

The Irish Wolfhound is Cpl Fionn, the unit mascot.