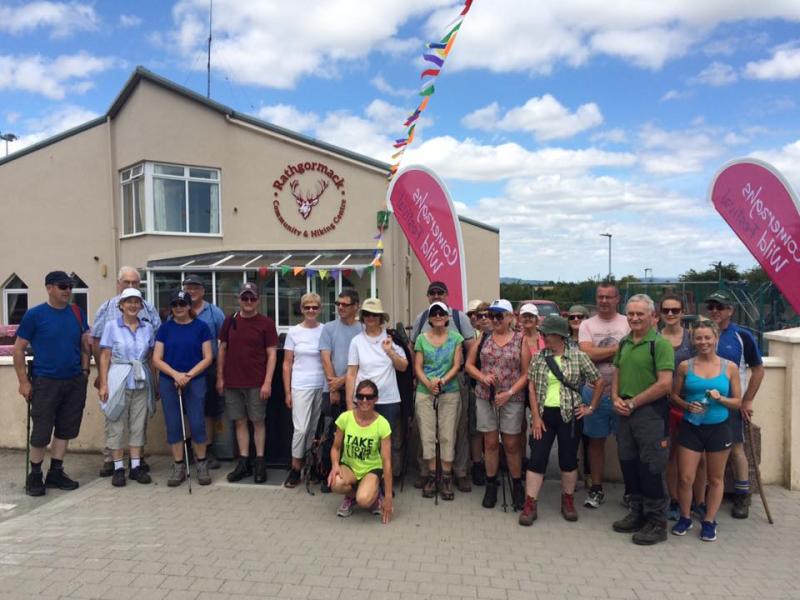 Waterford Comeraghs Wild Festival was 'the best on record'.

The four day Waterford Comeraghs Wild Festival was 'the best on record' and a complete sell-out.

An extra date was added; new events like open air yoga, painting workshops and the Nire Valley Summer Drop were introduced; and both the Street Fete in Kilmacthomas and the open air concert featuring the Dublin Gospel Choir and Newfoundland stood out most.

“It was definitely our best festival ever. From start to finish, it will be hard to follow this year. But we have an incredible voluntary team together now. We have got the ingredients right for a festival that appeals to all ages and all tastes, and we’re extremely thankful to Richie Walsh, to Bernadette Drohan and Brid Kirby from the Council for the exceptional work they put in.

“Whether someone is a mountaineer or a culture vulture, the Comeraghs Wild has something for them. Mahon Falls stood out for me this weekend. There’s something very special about those mountains and every single person who attended was totally and utterly blown away by the setting, the performances and the welcome,” said organising committee chairperson Mary Flynn.

Dancing at Hoolie in the Hills in Rathgormack.

Among the many visitors to the region for Comeraghs Wild was Swiss native Alexei Evsioukov, who travelled to the festival with his 16 year-old daughter Anna. He had only arrived into Rosslare that afternoon and headed straight for the Mahon Falls for the event. “We wanted to take in some cultural and sporting events, and when we were planning this trip Comeraghs Wild stood out and we contacted Bernadette Drohan. She was most welcoming. She really sold this event to us. The concert in the mountains was very special – a delightful evening. It was a real pleasure to attend the festival. The setting, the atmosphere and the authenticity of participants have captured our hearts. It was a great start to our road trip in Ireland,” Alexi said afterwards.

Sublime weather conditions spurred great crowds to gather for the Silver Screen and Summer Sounds gathering in a gorgeous Portlaw. And hundreds and hundreds of people flocked to Kilmacthomas for the Street Fete. Many of the volunteers who helped had been out from 4am to help get the two legs of the Sean Kelly Dawn Chorus off the ground. Among them was Martin Morris of Kilmacthomas Social Enterprise Group. “We’re absolutely thrilled with the Street Fete. The feedback from the public and from the stallholders was phenomenal. The words we heard over and over again were ‘well-organised, professional, friendly and welcoming’. We couldn’t ask for more.

“We’re very thankful to the entire Social Enterprise Group, to the Civil Defence, Kilmacthomas GAA Club,  DJ Tyrone Power, Quan Butler for the vintage displays and to the Greenway Joggers and Kilmacthomas Badminton Group who helped out on the morning cycle, along with our own members. It was a cracking weekend, and Kilmacthomas should be very proud,” he said.

Among the many, many sell-out events were Sea Gardening with Marie Power; the Brake for the Border Cycle; the Magical Morning Yoga; Mountain High Music; the Nire Valley Summer Drop; Teas, Tales and the Troubles; Lackendarra Jim, the Masterclass in the Mountains event; and the Hoolie in the Hills Ceili.