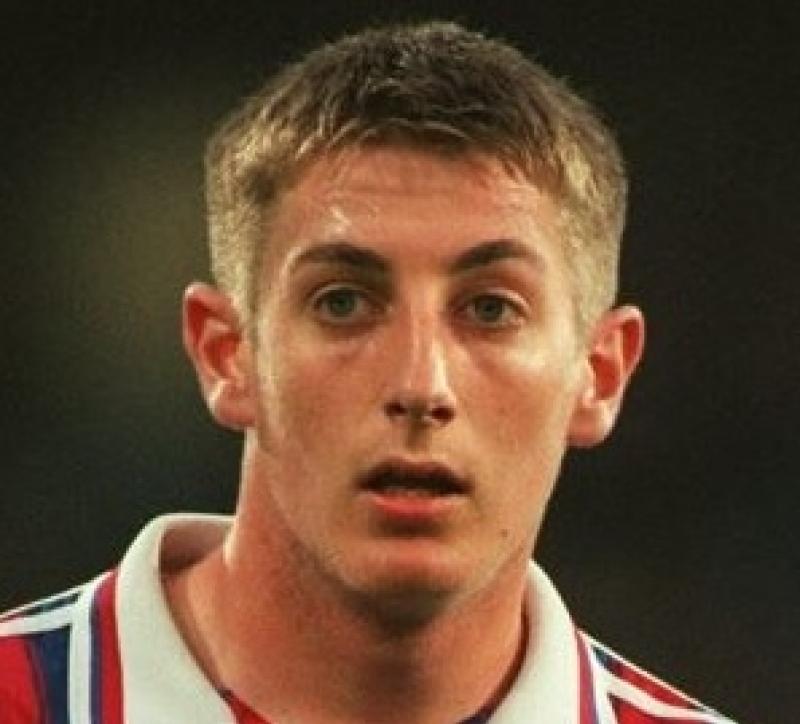 A Waterford man who went through a mentally challenging professional football career is using the experience to help others build confidence and resilience.

Richie Kennedy grew up in Rathgormack, a County Waterford village steeped in sport. He played soccer and Gaelic football with the local clubs, going on to win the Kennedy Cup and two All-Ireland Youth Cups with Waterford.

A 16-year-old Richie was approached by a Crystal Palace scout after playing a Munster Schools final with CBS Carrick-on-Suir, later going on trial and signing a two-year academy contract with the London club.

Richie felt “comfortable and confident” after his Palace trial, relishing moving overseas a few weeks after finishing his Leaving Certificate. However, he was hit with a “complete culture shock” upon arriving at the club, in what was the beginning of a “mental rollercoaster of emotions" for the journeyman.

“I arrived over to digs and in a way I was happy to be on my own. I didn’t know any of the lads, and there was enough pressure going into training and getting on with playing football,” Richie tells Waterford Live.

“The reserves, youths and first team were all in the one training ground. You had a group of 16 to 18-year-old lads who thought they were the dog’s bollocks. Then the reserves who were either pushing for the first team or out of the first team - some were disgruntled, some hated the club, the manager and were disruptive. And then you had the first team regulars who you looked up to like Gods. It was intimidating and overwhelming at times trying to deal with that.

“First day of training everyone was walking out the door with their Prada and Gucci wash bags and I'm talking about youth team players. I’m coming from Rathgormack with my cords, checkered shirt and boat shoes so they ripped the piss out of me. I was also trying to get up to speed with the dressing room music - it was all house and garage and I was like ‘what is all this?’

“Getting the right buses and trains back to digs was tough, and the food wasn't great so I stopped off at an Italian restaurant on the way home after training to get dinner,” Richie continues. Richie Kennedy signed for Crystal Palace at the age of 16

A sudden change in management at Palace started to hinder Richie’s game. “The manager that signed me, Peter Nicholas, moved up to the first team and a not long retired footballer called Brian Sparrow took over. He seemed to gravitate towards the stronger personalities and characters in the team. He was less patient with myself and gave me more than my fair share of negative feedback. It destroyed my confidence that first year - I struggled on the pitch, in training and off the pitch.

“Towards the end of that year I started to settle in better with a few of the Irish lads there and started to get a few more games. Like everything it takes time to adapt, but at that age I thought I was a man and expected things to happen instantly. I finished that season with a more positive perspective going into the second season because to be honest at Christmas that first year I was sitting at home and didn’t want to go back.

“I spent the summer training with the Rathgormack senior football team who were at their peak and training was really intense and full on. I came back to Palace pre-season and blew everyone away fitness wise which helped, made me stand out and gave me more confidence. Peter Nicholas came back to the youth team and I played every game that year and we won the cup, league and got to the FA Youth Cup final against Leeds United."

"I always had these demons in my head doubting myself"

Richie got a one-year contract extension at Palace, before getting released and moving on to Wycombe Wanderers. “The day I got released from Palace, I had a double hernia operation and within my first week at Wycombe I pulled my groin. It was a slow start and confidence wasn’t great. I was in the reserves and struggled to get going. I always had these demons in my head doubting myself. No matter how well I was playing, I expected a bad game to come."

Richie was released from Wycombe after a season and moved to Brentford for two years. He made his first team debut for Brentford against Wycombe and got sent off. “I done well after Christmas up to April and then had a knee operation. The next season we started against Burnley in the second division and I was shocking and got taken off at half-time. I struggled for the rest of that season - it was a mental rollercoaster of emotions."

Richie later transferred to Barry Town in Wales. “Peter Nicholas was now at Barry Town in the Welsh Premier League and asked me to come down. There were only a few teams full-time, the standard was lower and I could get away with things to a point. If I was having a bad game it wasn’t as obvious as in the Championship."

Barry Town went bust in Richie’s third season, allowing him to transfer to Forest Green Rovers. He admits to “falling out of love” with the game after going part-time, citing the death of his father, Richie, as a turning point.

“When it’s full-time it’s a job and even though the emotions are tough, you are getting paid for it and suck it up. My father fell ill and eventually passed away, so I spent two months at home and when I came back my head wasn’t in it. It was tough been 24 at the time, dealing with his passing like a man and the whole uncertainty about where I was going with my life.

“When I went home at the end of the season I qualified as a personal trainer. I got a call from Waterford FC manager Alan Reynolds to go down training, but my interest in the game was dwindling. After a few chats I went down to Waterford, trained very well and got my mojo back. But I still doubted myself and expected to play a howler. I thought to myself, ‘wait until the lads from Rathgormack and my school friends come down to see me and see the bad part of my game’. When you go away to England there’s always that expectation and you’re built up as ‘Richie Kennedy the footballer’. I stayed for two months before I left Waterford."

Richie moved to Carmarthen Town in Wales, playing part-time and working as a personal trainer for two seasons. He moved home afterwards at the age of 27, set up his own personal training company called Fitness Freak in Rathgormack and hasn’t kicked a ball since.

'Hunty made himself stand out'

Richie believes his own mentality, his inability to deal with self-criticism and a lack of self-esteem at a young age prevented him from replicating the success of fellow Waterford professional footballer Stephen Hunt, who went on to represent Ireland.

“It’s the way Hunty built himself up internally and externally that made him stand out. I was in my second year at Palace when he came over on trial, and he got ‘Hunt 10’ printed on the back of his jersey before going back home to make sure everyone knew he went on trial.

“On the flip side, I was afraid of coming across too cocky. The doubt I had in my mind was a self-fulfilling prophecy - what you think about most will happen. But Hunty wasn’t afraid to put himself out there at the expense of worrying about what other people thought, a problem and something that holds a lot of us back.

“When I was at Barry Town, Hunty moved to Brentford and after only playing a few games he called me and said he should be in the Ireland squad for the upcoming European Championship Qualifiers. There were players like Damien Duff in his position, but that was the way his mind worked and he went on to have a great career."

A journey of self-discovery

The knowledge and self-awareness that Richie acquired throughout his football career is now used to benefit his Fitness Freak clients. Looking back, he is adamant that success is inevitable if you have the right mindset. “It’s about putting triggers in place to deflect away from the negative thoughts that come into your head. It wasn’t until I was at Barry Town that I realised there were tools out there to help us.

“I now have the confidence to public speak, put out content on social media, and be quiet open and honest and it’s largely down to the experiences and character building from my time in the UK.

“It definitely was a journey of self-discovery with some low times, but I don’t want to paint it as all doom and gloom because I had a huge amount of unbelievably brilliant times and made friendships that I will always have.

“I feel that when I get the opportunity to speak to teams and companies on nutrition and fitness related matters, I would be doing them a disservice if I didn’t share with them the importance of our self-talk and mindset because really it will override everything else," the 39-year-old adds.