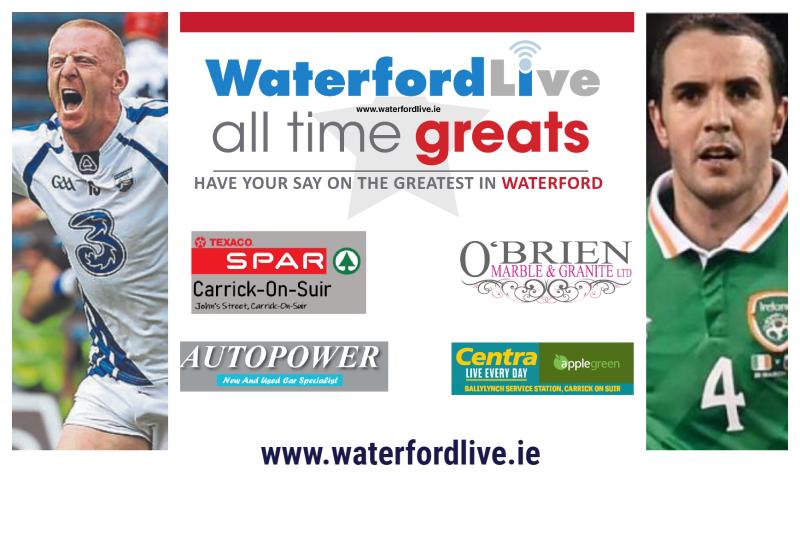 John Mullane and John O'Shea have made it through to the semi-final stage of the Waterford All Time Greats, a series of polls aimed at finding the county's greatest ever person.

John Mullane is a Mr Waterford hurling of sorts and his white-knuckled brand of passion for his sport and his county has seen him pull through to the semi-final stage.

Two great sporting icons of the Déise, one who fist-pumped his way to Munster titles from Walsh Park and Fraher field, and another who won soccer's greatest honours in Old Trafford and beyond.

They will now be vying for your votes until semi-final voting closes at 11pm on Thursday, February 14.

To vote in the other semi-final and find out more about the Waterford All Time Greats, click here.