WATERFORD WEATHER: A wet and windy weekend on the way 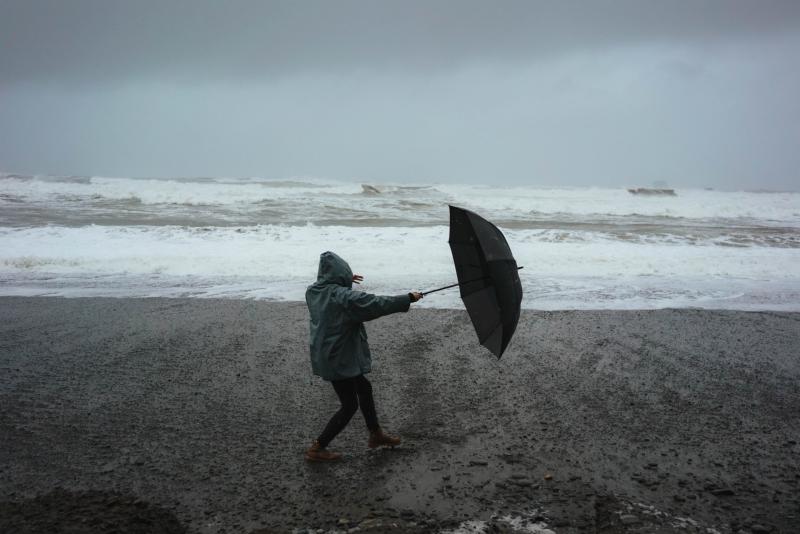 WATERFORD WEATHER: A wet and windy weekend on the way

An unsettled weekend is on the way with heavy rain and windy conditions expected. Some hail and thunderstorms may also develop in places.

A cold, frosty start with ice and fog in places but this will clear to leave a largely dry and bright morning with sunny spells. However, it will turn cloudier through the day with some patchy drizzle developing. Becoming breezy as light to moderate southerly winds increase fresh to strong and gusty by afternoon. Highest temperatures of 8 to 10 degrees.

A wet night with outbreaks of rain spreading from the Atlantic and turning heavy at times. Staying breezy in fresh to strong southeasterly winds, decreasing moderate to fresh overnight. Lowest temperatures of 5 to 7 degrees.

A wet start tomorrow with outbreaks of rain and drizzle, heavy at times. The rain will clear to the north by early afternoon, followed from the Atlantic by sunny spells and heavy or thundery showers. There is the chance of some hail showers also. Highest temperatures of 10 to 12 degrees in moderate to fresh southeasterly winds, veering westerly and easing in the afternoon.

Heavy showers will become more confined to Atlantic coasts on Friday night, with the chance of isolated thunderstorms and hail. Drier weather and clear spells will develop elsewhere. Lowest temperatures of -1 to +3 degrees, coldest over Munster and south Leinster, with frost and some icy patches developing. Patchy mist and fog developing too in mainly light winds.

A good deal of dry and bright weather to start, though scattered showers will develop through the morning, most prolonged near northwest coasts. However, cloud will build from the south through the day with rain spreading across the southern half of the country by evening, turning heavy at times with the chance of sleet and snow, particularly over high ground. Becoming windy too as easterly winds increase fresh to strong through the day. Highest temperatures of 7 to 10 degrees.

A generally wet and windy night with outbreaks of rain becoming widespread and turning heavy at times. Some falls of sleet are possible, with the chance of snow on high ground. Fresh to strong and gusty southeasterly winds with lowest temperatures of 2 to 6 degrees.

Staying wet and windy for most of Sunday with widespread showery rain, possibly turning wintry in places, and fresh to strong and gusty easterly winds veering westerly. Some drier and brighter spells will develop in the evening. Highest temperatures of 6 to 10 degrees.

Becoming mainly dry with clear spells in many areas on Sunday night, apart from isolated showers. However, another spell of rain will spread northwards to many southern and eastern areas overnight. Cold with lowest temperatures of -1 to +3 degrees, slightly less cold with the rain in the east and south. Patchy mist and fog will form in light winds.

Becoming largely dry and bright on Monday, though patchy drizzle will linger in parts of the south and east with the odd light shower elsewhere. Highest temperatures of 8 to 11 degrees in a light breeze.