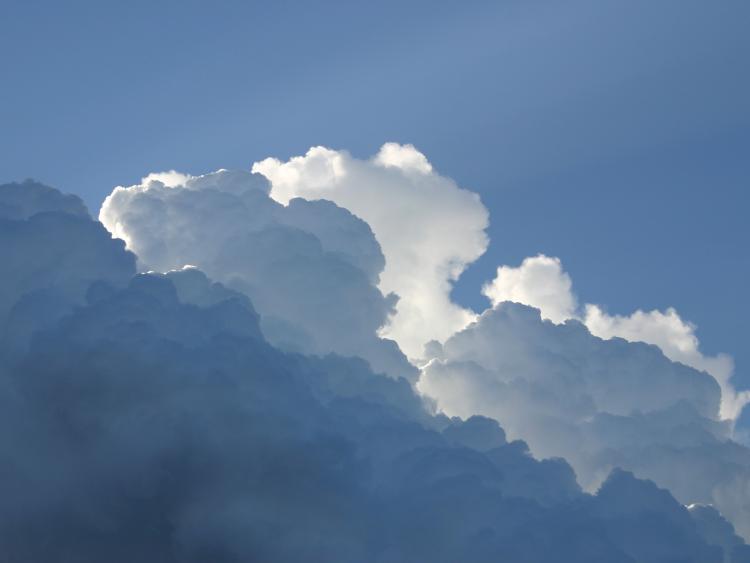 The weather forecast for Ireland for the coming week from Met Eireann is for the weather to turn more unsettled with rain or showers and cooler conditions.

The weather forecast for Ireland for Monday from Met Eireann is for a foggy start in many areas but sunny spells are expected to develop during the course of the day. However, mist and low cloud may be slow to clear from some northern parts. Highest temperatures of 15 to 21 degrees, warmest in the southeast, in mostly light southwesterly breezes, freshening along the Atlantic seaboard later.

Cloud from the west will extend over much of the country on Monday night. Lowest temperatures of 7 to 11 degrees, coldest to the north, in light to moderate southwesterly breezes which will freshen in the west and northwest towards dawn with patchy drizzle developing there.

The weather forecast for Ireland for Tuesday from Met Eireann is for an unsettled day as a band of persistent rain will move into western areas in the afternoon, spreading eastwards during the day and clearing to showers in the west in the evening. Highest temperatures of 15 to 18 degrees, in moderate to fresh and gusty southwesterly winds, veering northwesterly and easing as the rain moves through.

The weather forecast for Ireland for Wednesday from Met Eireann is for a cool and unsettled day with showers becoming widespread through the afternoon. Highest temperatures of 11 to 13 degrees in light to moderate westerly breezes, freshening in the west in the evening.

A nationwide forecast and outlook covering the next week can be found here. https://t.co/9gKN6SVok4 pic.twitter.com/LO0rT7i1zh

Further showers or longer spells of rain will affect mainly western parts of the country on Wednesday night. Lowest temperatures of 5 to 7 degrees with moderate to fresh westerly winds.

Staying rather unsettled with further rain and showers for the remainder of the week. Cool during the days with temperatures below average for the time of year.