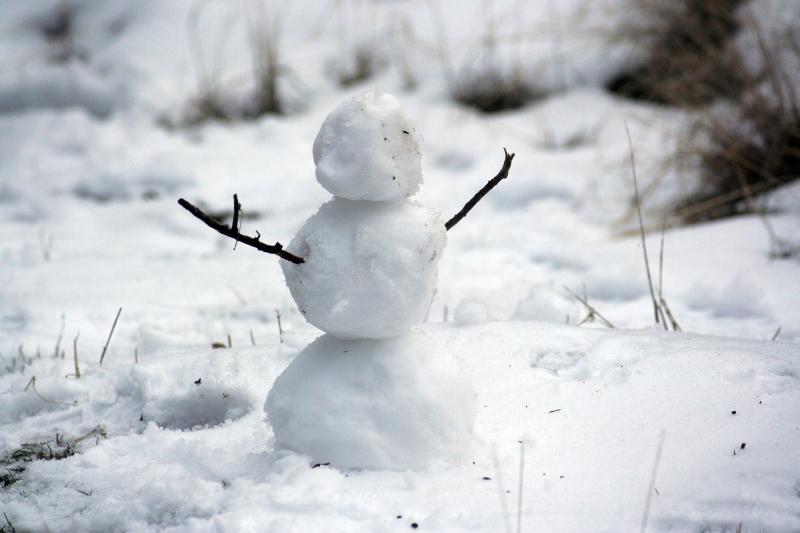 Ireland can expect snow over the coming days, according to Met Éireann.

The rest of today will be mainly dry and mostly cloudy. There may be a few patches of mist or drizzle. Highest temperatures of 7 to 9 degrees with light southwest breezes.

Tonight  stay mostly cloudy overnight with scattered patches of light rain or drizzle. Some mist and fog also in moderate southwest breezes. Southerly winds will strengthen along the west coast. Lowest temperatures of 4 to 6 degrees.

Saturday
Dry for much of the day on Saturday but with plenty of cloud and a few patches of drizzle and mist. Highest temperatures of 7 to 9 degrees in mostly moderate southerly breezes, but fresher along the west coast.

On Saturday night, a band of rain will push in from the Atlantic extending eastwards across the country during the course of the night accompanied by fresh and gusty southerly winds. Minimum temperatures of 4 to 7 degrees.

Rain will clear quickly from the east on Sunday to leave a cold and blustery day with sunshine and scattered showers, some wintry. Maximum afternoon temperatures of 4 to 7 degrees in brisk southwest winds. Showers will become widespread across the country overnight and will turn increasingly wintry with some falls of sleet or snow. Very cold and frosty with minimum temperatures of -1 to +3 degrees in fresh and gusty southwest winds.

A cold and blustery day on Monday with sunny spells and showers, many wintry in nature. The showers will be heaviest and most frequent in the south and west in fresh and gusty southwest winds. Maximum afternoon temperatures ranging from 3 to 7 degrees, coldest across Ulster. There will be clear spells and blustery wintry showers on Monday night with minimum temperatures of -2 to +3 degrees and a fairly widespread frost in areas sheltered from the fresh westerly breeze.

It looks set to be cold and windy on Tuesday with some bright spells but also widespread showers. The showers will bring a mix of rain, hail and sleet with some snow on high ground. There will be a strong and gusty westerly wind with highest temperatures ranging just 3 to 6 degrees. Clear spells and scattered showers overnight but with the showers becoming increasingly isolated. Possibly an early frost with lows of 1 to 4 degrees but turning less cold later.

Current indications suggest it will turn less cold by mid-week but remaining unsettled with spells of wet and windy weather spreading from the Atlantic.