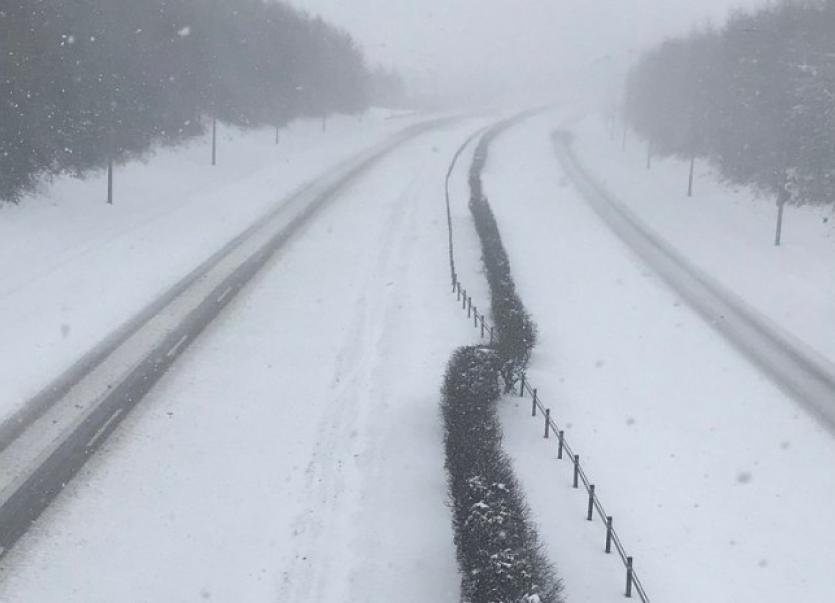 Much colder weather is set to hit Ireland because of a blocking Scandinavian front of a Siberian high-pressure system creeping towards the country from the northeast, according to a midlands weather forecaster.

Cathal Nolan, Midlands Weather Channel, says the weather front is set to become established to the north, with any Atlantic mild low-pressure systems blocked off the west coast.

The weather front could be similar to the beast from the east which caused months of cold weather last year. The unofficial forecaster is warning of bitterly cold Siberian air.

"The transition to much colder weather will really only take place through Sunday night and into Monday, with temperatures over the weekend remaining well above average for the time of year, possibly even reaching as high as 15 or 16 degrees Celsius on Saturday.

"However, through Monday and the start of next week, a much colder continental/Siberian air mass becomes established across much of western Europe, with temperatures dropping back by up to 10 degrees Celsius compared with weekend values.

"Maximum daytime values in many areas of the country won't rise any higher than 4-7 degrees Celsius during the midweek period next week, with nighttime values dipping below freezing in many areas away from eastern coastal areas due to fresh easterly winds.

"The weather itself will be rather mixed during the midweek period in particular as showery weather is expected. The showers will chiefly affect Leinster and south Munster most, however, some may cross the country. At this stage, most of the showers look like falling as rain, sleet or hail.

"Any snow during this period is expected to be reserved for elevations above 300-400 metres, with the Wicklow, Mourne, and Blackstairs mountains most at risk of seeing snow. Any snowfall in these areas will more than likely occur overnight.

"Beyond the midweek period and things become very interesting. Some models indicate that some Atlantic weather systems may push closer to the southwest of Ireland, while at the same time indicating that even colder air may flow westwards across Europe from Siberia.

"Such a development would increase the likelihood of snowfall, however much would depend upon the exact location of the low-pressure systems to the southwest, how strong the high-pressure system remains over Scandinavia/Iceland, and also how low temperatures reach across Ireland," he said.

The forecaster said details are uncertain at this stage beyond the midweek period and advised the public to stay up to date with all the latest weather forecasts wherever you are across the country.