It's going to continue very unsettled for the coming days 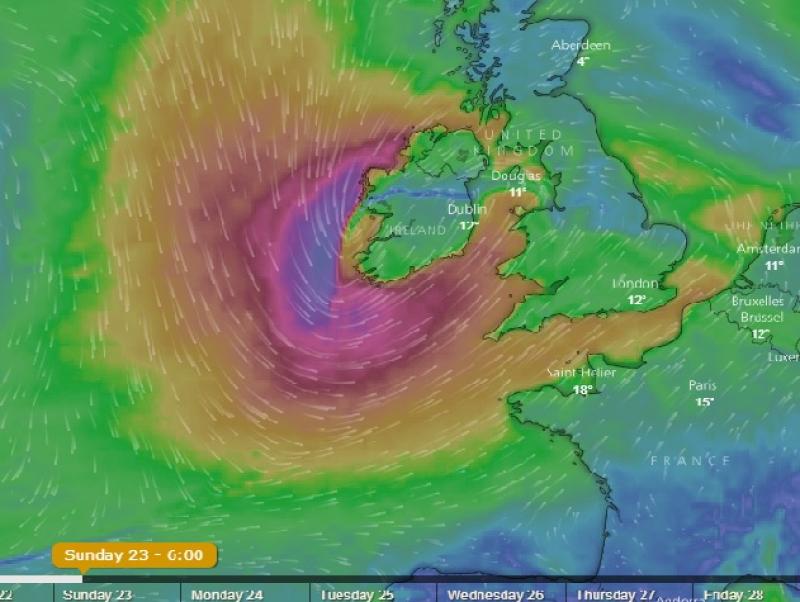 There is a very unsettled weekend ahead according to Met Eireann continuing up to and including Sunday but on a positive note, current indications suggest that it will become mainly dry and settled from Monday onwards. Temperatures will vary from day to day, but overall, it will be relatively cool, with below normal values.

According to Met Eireann, it will be cool and blustery today, (Friday) with sunny spells and scattered showers. Some of the showers will be heavy, especially in the west and northwest, but they will be more isolated in southern and eastern coastal areas and they will largely die out this evening. Maximum temperatures 12 to 15 Celsius, in fresh to strong west to northwest winds, slowly easing as the day progresses.

Met Eireann states that Saturday, will be mainly dry at first, but rain in the southwest will extend gradually northeastwards during the course of the morning and afternoon, turning heavy at times in parts of Munster and south Leinster. However, it will remain dry in many parts of the north and northwest, with just a few isolated showers. Cold, with maximum temperatures of just 10 to 13 Celsius, in light to moderate mainly east to southeast winds, freshening along southern western coasts.Tonight will be mainly dry, with clear spells, but a few isolated showers will occur along northern coasts. Some mist patches will form overnight. Cloud will increase from the southwest, bringing outbreaks of rain to the southwest by morning. Minimum temperatures 5 to 8 Celsius, in mostly light westerly breezes, fresh along northern coasts.

Saturday night will be cloudy and wet, with rain becoming widespread, heavy in places. Minimum temperatures 6 to 10 Celsius, mildest in the south and southeast. Winds mostly moderate easterly but becoming very windy along southern, western and some eastern coasts.

The national forecaster says there will be widespread rain at first on Sunday, which will be heavy in places, but brightening up gradually from the west during the morning, with sunny spells developing. A few scattered showers will occur, most of them in the north and northwest. Very windy for a time, especially in coastal areas, with fresh to strong and gusty northerly winds, but winds will ease gradually as the day progresses. Cold, with maximum temperatures of 10 to 13 Celsius, but a little milder in the southeast.