Northern Ireland outclassed by Norway in opening game of Euro 2022 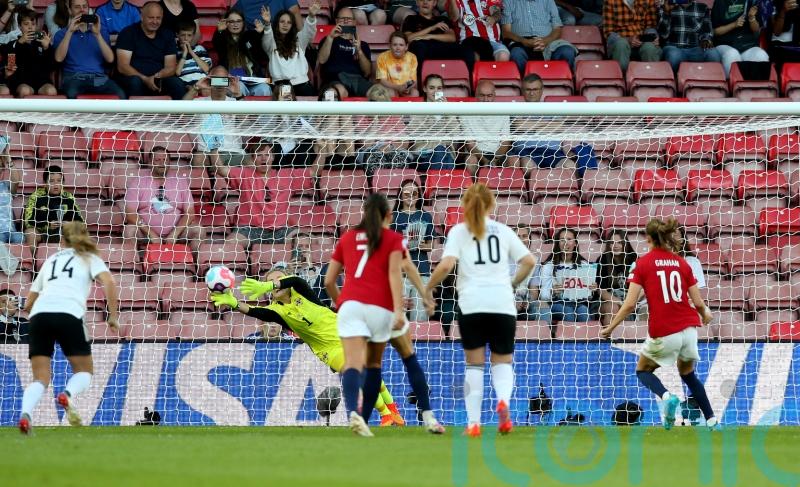 Northern Ireland were outclassed on their major tournament debut as Norway romped to a comprehensive 4-1 Euro 2022 victory in Southampton.

Northern Ireland were outclassed on their major tournament debut as Norway romped to a comprehensive 4-1 Euro 2022 victory in Southampton.

First-half finishes from Julie Blakstad and Frida Maanum, plus a Caroline Graham Hansen penalty, put the two-time European champions on course for a routine success to dampen an historic occasion for their opponents. 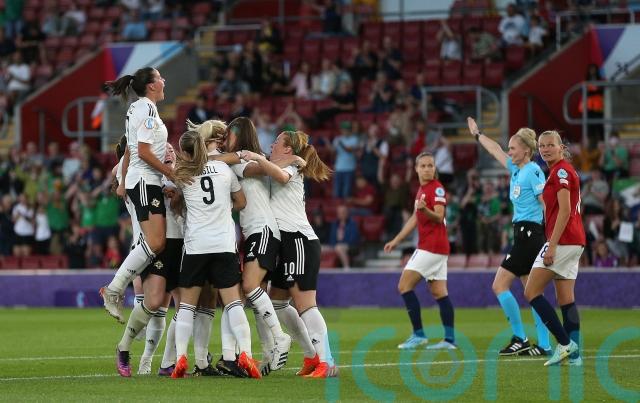 But Guro Reiten’s free-kick sealed a routine success for Martin Sjogren’s side to move them level on three points with hosts England at the top of Group A.

A difficult evening for Kenny Shiels’ underdogs was compounded by forward Simone Magill – who has just moved from Everton to Aston Villa – leaving the field in tears late on due to injury.

Following Wednesday evening’s record-breaking Old Trafford attendance of 68,871 for the championship opener, a more modest crowd of 9,146 turned out in the St Mary’s sunshine, with a sizeable contingent from each nation.

Norway – winners of this competition in 1987 and 1993 – twice thrashed their opponents 6-0 in qualifying and swiftly had Northern Ireland staring down the barrel of another heavy defeat by capitalising on a string of defensive lapses.

Manchester City midfielder Blakstad claimed the 10th-minute opener, beating goalkeeper Jackie Burns at her near post with a low, left-footed drive after right-back Abbie Magee was caught well out of position.

She dispossessed Chloe McCarron just outside the Northern Ireland 18-yard box following a poorly executed goal-kick and was then left with a simple finish into an unguarded net after receiving the ball back from the unselfish Ada Hegerberg.

While Shiels’ team showed spurts of enterprise on the break, the one-way traffic continued. 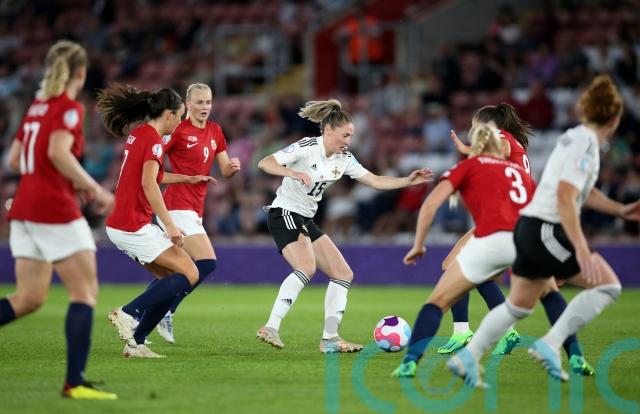 Burns produced a pair of fine saves, before 2018 Ballon d’Or recipient Hegerberg squandered two golden chances to stretch the lead, including being denied a tap-in as Magee atoned for her earlier error with a superb last-ditch block.

Northern Ireland were regularly being carved open and once again contributed to their own downfall as the game effectively ended as contest in the 31st minute.

VAR intervened after Nadene Caldwell inexplicably handled the ball in her own box following an inswinging corner, allowing impressive Barcelona star Hansen to confidently dispatch the resultant spot-kick beyond the fingertips of the diving Burns.

Shiels, whose squad contains 13 part-time players, responded to a difficult opening period by bringing on veteran captain Marissa Callaghan for her first appearance since suffering a toe injury in May.

Rachel Furness smashed the ball back across the box after Norway made a mess of clearing a corner and 37-year-old centre-back Nelson claimed a small piece of history by nodding over the line, despite the best efforts of keeper Guro Pettersen.

The goal was greeted rapturously by the vocal Green and White Army on the terraces.

Yet thoughts of an improbable fightback were quickly extinguished as Chelsea winger Reiten restored the three-goal advantage by catching out Burns with a low, 20-yard free-kick.

An offside flag later denied Hegerberg a place on the scoresheet, before the devastated Magill departed in visible distress following an awkward fall.

Northern Ireland will look to bounce back on Monday when Austria visit St Mary’s, while Norway travel along the south coast for a tantalising showdown with Sarina Wiegman’s Lionesses in Brighton.