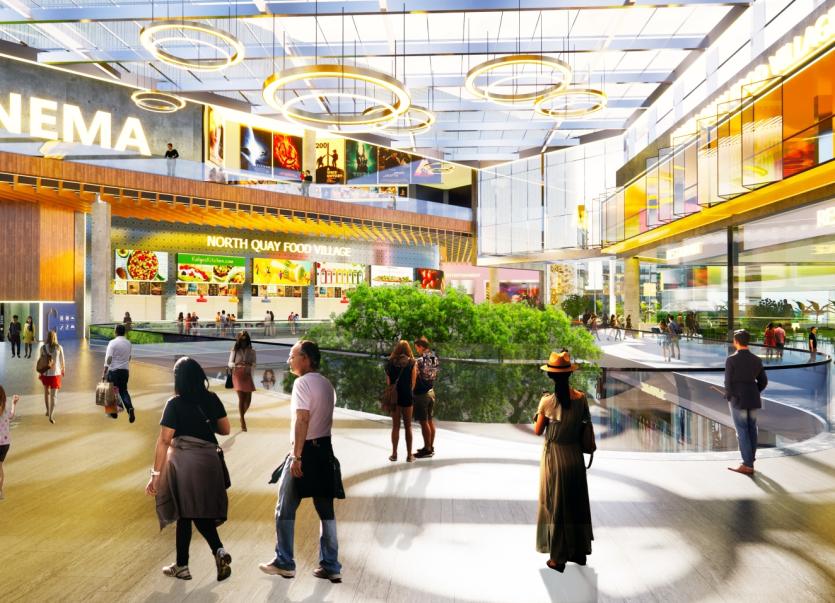 An illustration of inside the Waterford North Quays mall

Falcon Real Estate Development Ireland has submitted its application for planning permission to Waterford City and County Council for the North Quays development.

Subject to the granting of planning permission, work on the project is likely to start by the fourth quarter of 2020.

Waterford North Quays, an eight hectare real estate mixed use scheme, was conferred SDZ (Strategic Development Zone) designation by the Government in 2016. The North Quays development will provide over 2,800 new jobs onsite by 2023. 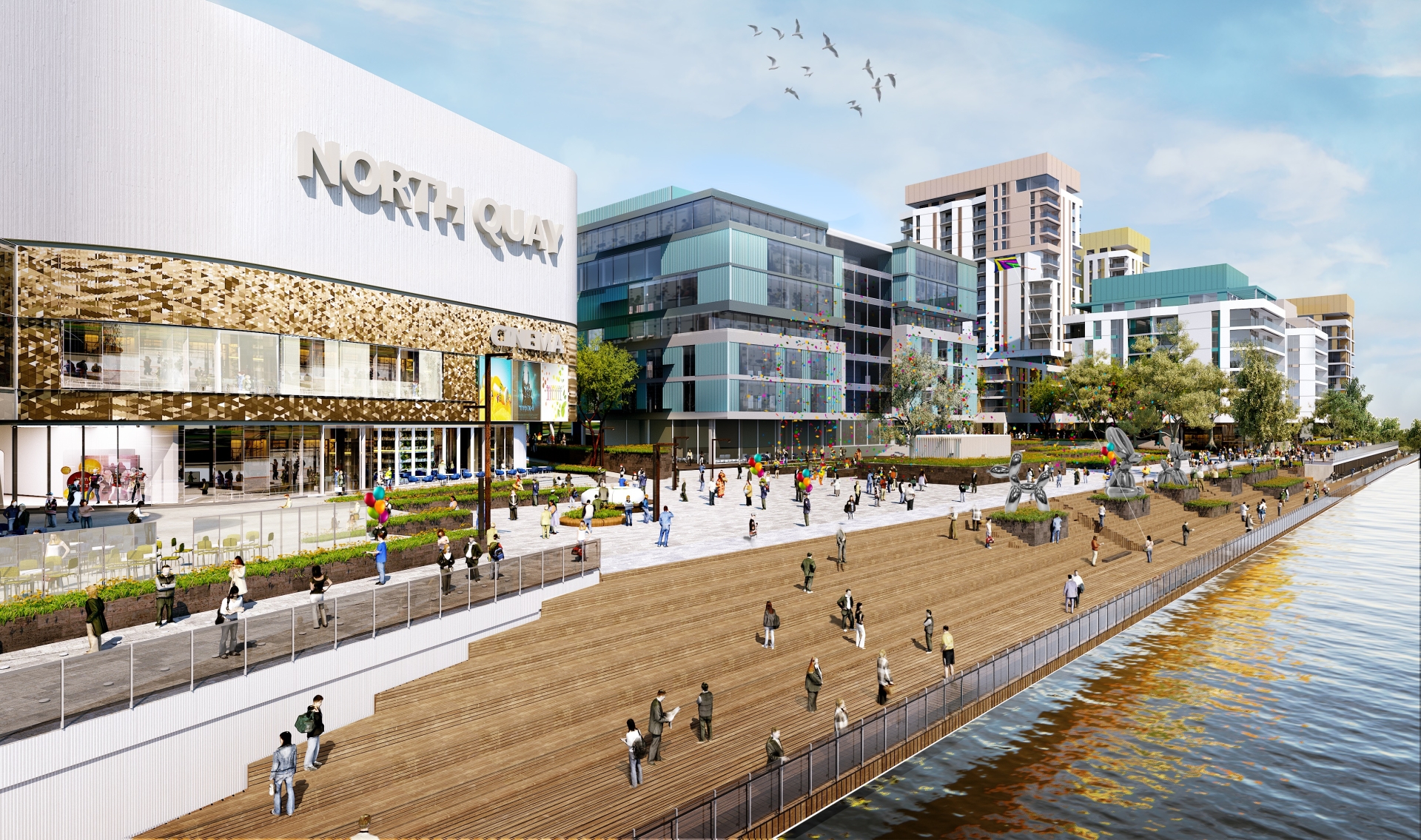 The project description is a mixed-use development, to include:

·Five residential buildings ranging in height from seven to 17 storeys, with 300 riverside apartments to accommodate 500 to 600 residents

·The location of one of Ireland’s most modern and multi-nodal sustainable transport hubs.

Visitors will be able to enjoy quality restaurants and cafés with over 30,000 square metres of green open space and a riverside promenade, an integral part of the recently opened Ireland South East Greenway, which connects Waterford Greenway to Kilkenny's and Wexford's.

Waterford North Quays is set to become one of Ireland’s most modern transport hubs, connecting the site locally and nationally with rail, bus, the Greenway, pedestrian and electric bus with a sustainable link-bridge to Waterford city centre across the River Suir. The new hub is expected to cater for over four million visitors annually across the bus, train and the Greenway, with a further 13 million cars. The transport infrastructure for Waterford will be further enhanced by the Government’s recent announcement that it is investing to expand the runway at Waterford Airport.

The North Quays and Michael Street developments mark a major economic boost for Waterford and the South East region of Ireland. The estimated investment is €500 million phased over three to five years. 2,900 full-time roles will be created onsite when the development of the new district opens, with an additional 4,500 indirect jobs in the catchment.

The planned completed integration of the scheme with the existing urban centre of the city will confirm Waterford as the Gateway City of the South East region, increasing regional and national visitation and tourism. It will serve to reverse regional economic leakage in retail, tourism and talent/jobs, but also act as catalyst for Ireland 2040. Under Ireland 2040, by 2040, the North Quays 60-minute catchment sees housing demand of €14.5 billion, consumer spend growth by €3.2 billion, office demand of €900 million and tourism growth of €400 million.

Commenting on these latest developments, a Falcon Real Estate Development spokesperson said: "The submission of the application marks completion of the planning phase whilst commercialisation is on-going. This is an exciting step forward for this landmark urban regeneration for the community and emphasises our ambition to create a very high quality, amenity-led environment for the residents of Waterford and the South East.

"The two projects of North Quays and Michael Street will make Waterford and the South East an unrivalled destination in South East Ireland. In addition, the future sustainable transportation hub combines to give public transport connectivity, direct access to the country’s motorways and national road network, making it an outstanding location for both prime office, tourism and retail occupiers, in addition to new residents.

"We are acutely aware of the enormous public expectations for the North Quays and Michael Street projects. We are working closely with Waterford County Council, Kilkenny Council, Government departments and State bodies to ensure the delivery of the two developments and look forward to the imminent announcement of the Government funding model to deliver its Ireland 2040 project.”

Sinn Féin TD for Waterford David Cullinane has welcomed the lodging of a formal planning application for the North Quays project. Speaking to WaterfordLive.ie, he described it as an "exciting project" which, if delivered, will "change the face of Waterford city for generations".

Deputy Cullinane said it is now vital that the Government provides the funding certainty once and for all. “The lodging of the planning application for the North Quays is a major step forward. The North Quays project has huge potential and will transform the city if delivered. It will create a new critical mass of retail, provide prime city centre office accommodation and a new hotel.

“The proposed integrated transport hub is also important and is central to the project’s viability. It is crucial that the funding required by Government is secured and funding certainty provided.

“Waterford Oireachtas members held constructive meetings with the Departments of Transport and Local Government. What we need now is a Government announcement setting out the funding certainty required.

“Today is a big day for the project and all involved. I commend all of those who made this happen. We all need to work collectively to ensure this project is delivered for the people of Waterford and the South East," he added.