Michelle Obama praised Serena Williams as “one of the greatest athletes of all time” as the tennis superstar played what was likely to be her final professional match.

Michelle Obama praised Serena Williams as “one of the greatest athletes of all time” as the tennis superstar played what was likely to be her final professional match.

The former first lady led tributes to her friend and her “amazing career,” saying she would go on to “transform lives” with her talents.

The multi-grand slam winner bowed out of the third-round of the US Open tournament on Friday night after losing in three sets to Ajla Tomljanovic.

The tournament is expected to be her last, with her previous victories against Danka Kovinic and Anett Kontaveit giving fans hope her swansong could have a fairy-tale ending.

But, despite a memorable second-set fightback in a raucous atmosphere, there will be no record-equalling 24th grand slam singles title, with Williams succumbing to a 7-5 6-7 (4) 6-1 loss.

“How lucky were we to be able to watch a young girl from Compton grow up to become one of the greatest athletes of all time.”

“I’m proud of you, my friend — and I can’t wait to see the lives you continue to transform with your talents.”

“Thank u for showing us what greatness looks like!” 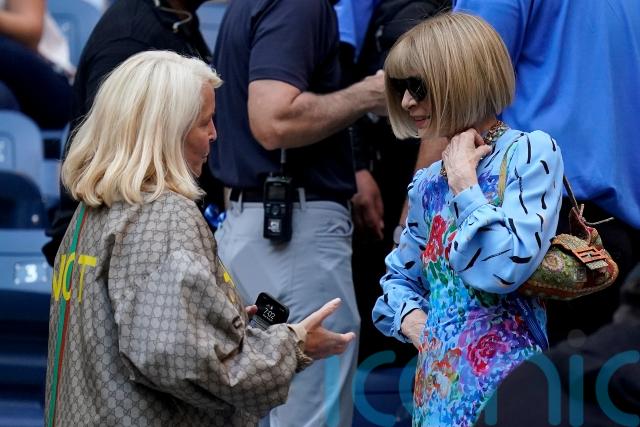 US actress and producer Elizabeth Banks, tweeted: “Thank you @serenawilliams for inspiring us for so long.

“May you feel the love tonight!”

Woods said it had been “a privilege to watch greatness” following the game.

“.@serenawilliams you’re literally the greatest on and off the court,” he wrote on Twitter.

“Thank you for inspiring all of us to pursue our dreams. I love you little sis!!!!!!”

A host of other celebrities have been pictured over the last week at the US Open to watch Williams play including Anna Wintour and Spike Lee.

Ben Stiller and Christine Taylor, Jared Leto, Gigi and Bella Hadid, musician Seal, and Zendaya have also been spotted at the tournament.

The Spider-Man star also lent her voice to a Nike campaign in honour of Williams, which was released following the conclusion of the match.

“When the world wanted her to be less powerful, she hit even harder,” Zendaya is heard to say, over archive footage of the tennis star’s career.

“She refused to hide her flair, or what was on her mind. She couldn’t stop winning. Over and over and over again.

“She didn’t change who she was, and that changed everything, for all of us.”