Teenager jailed for 'vicious and savage' assault on garda 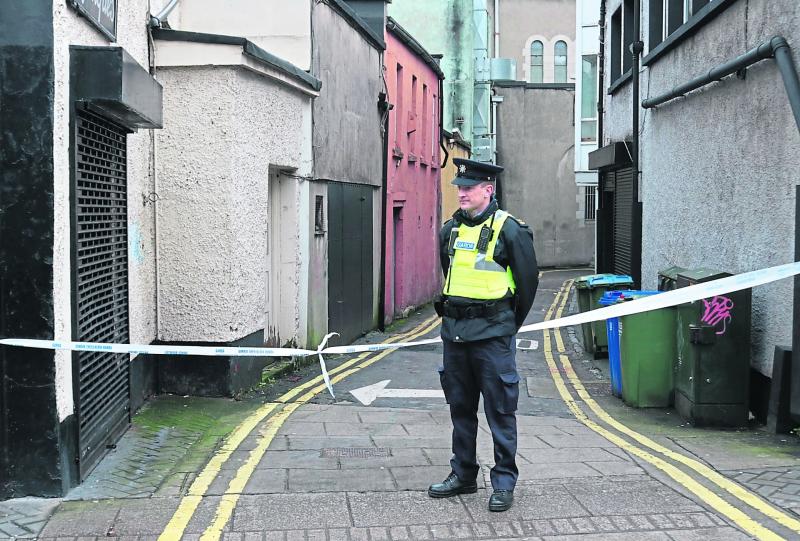 The garda was assaulted in the Augustinian Lane last December | Picture: Michael Cowhey

A TEENAGER has been jailed for three years for the “vicious and savage” assault on an off-duty garda, which left him unconscious in a laneway in Limerick city centre last year.

On May 7, he pleaded guilty to one count of robbery and one count of assault causing harm at Augustinian Lane, which occurred on December 12 last.

The court heard that the accused, who cannot be named for legal reasons, followed the victim who was in Limerick “on business” and had gone “out for a drink” after finishing duty.

The court heard that he was “viciously attacked from behind” and was “bashed off the wall” and had a number of items stolen from him.

After the accused left the scene and “seemed to be searching through his items”, he returned to the laneway and “viciously kicked” the off-duty garda.

Judge O’Donnell said that he read the victim’s medical report, which stated that he suffered a concussion, scalp laceration, bruising above the eye, and a broken nose.

The court heard that CCTV “immediately identified” the accused, and he was arrested the following day. He made full admissions and expressed remorse, the judge noted.

The court heard that the teenager, who has no previous convictions, is at “high risk” having had a “difficult childhood, spending most of it in care”.

In a victim impact statement, the victim said that while he has made good recovery from his physical injuries, there has been “severe psychological fallout” and the incident “upset his family” as it was around Christmas time.

The court heard that while he has returned to duty, he “is not the same man”.

Noting the aggravating factors, Judge O’Donnell said that it was “a vicious and savage assault”, that there were serious injuries caused, that the victim was “defenceless” and was “knocked unconscious”.

He said “to compound the matter”, the accused went back to the laneway to “viciously assault” the garda.

Noting the mitigating factors, Judge O’Donnell said the accused had made early admissions and entered an early plea and expressed remorse, adding that this was “of enormous benefit”.

For the robbery charge, Judge O’Donnell imposed a three-year detention at Oberstown Children Detention Campus, followed by three-year supervision in the community led by the probation services.

A three-year detention was imposed for the assault charge.