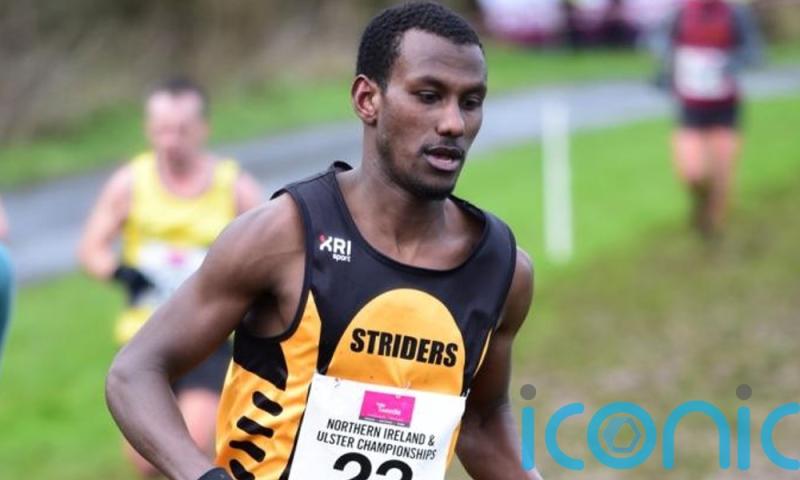 A brave Ethiopian man who was granted asylum in Northern Ireland after enduring torture and enforced labour before risking his life to reach Europe on a dinghy will represent his adopted country when he races against Mo Farah in August.

It is a sharp contrast to life in Ethiopia, where he was imprisoned for six months in 2010 in an underground cell for attending a protest while studying electrical engineering at college and claims he was “tortured, burned and beaten.”

He said: “I was tired, I was underground. I couldn’t even see sunshine. There was barely any food.

“At the end of six months, I could not even stand. I was released after a friend paid a fine.”

After his mother sold all her possessions to help him leave the country, he then faced further horror when he went to Sudan and was used as forced labour on a construction site, before fleeing to Europe in 2014 – precariously crossing the Mediterranean aboard a dinghy, only to find himself homeless in Brescia, Italy. 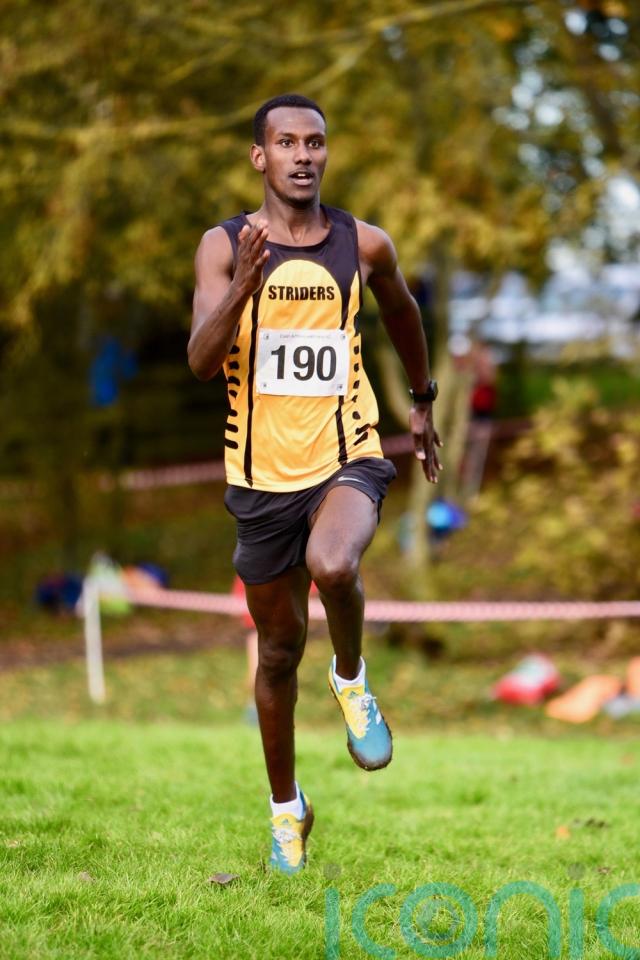 Claiming asylum in Belfast in 2019, he said: “I am so proud of myself, this is just the beginning for me. I have a family and I am running.

“Running has been helping my brain and it’s healing me. It has changed my life.

“When I’m racing, it helps me fight through all the pain from when I was tortured and everything I went through over the last decade.” 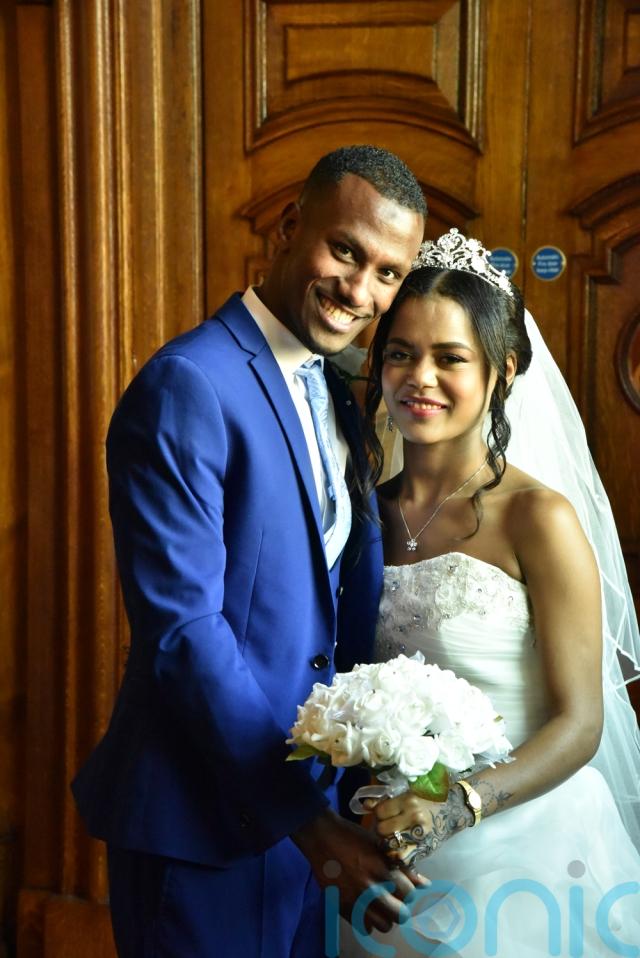 Eskander won the silver medal in the British Inter Counties Cross Country Championships in March this year and will be facing British Olympic champion and fellow refugee Mo Farah at the Antrim Coast half marathon in August, when he will be representing his club Annadale Striders and Northern Ireland.

Ambitious to achieve even greater goals, he said: “I will try to qualify for the Olympics to run the marathon or half marathon distance.

“Already, I am achieving my dreams as I will be running against Mo Farah in August,  which is incredible, I just want to run well and take a picture with him.

“Running is a therapy for me. It is better than any medication and I am so happy I am able to do this.” 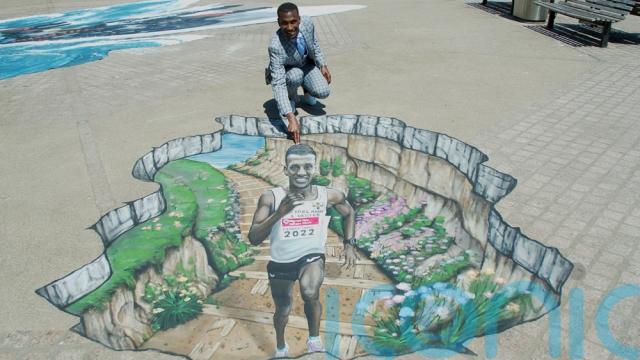 Running has helped Eskander to process the trauma he has experienced since his imprisonment in 2010.

But, while he only discovered his true talent as an athlete when he arrived in Northern Ireland, he has been running his entire life.

Thanks to his mother Safya Ahmed, who was not allowed to go to school, insisting he and his brothers, Ahmad, 31, Fami, 28, Mohammed, 27, and Abdallah, 26, were educated, Eskander started school when he was seven and would run the whole three miles there, taking 40 minutes. 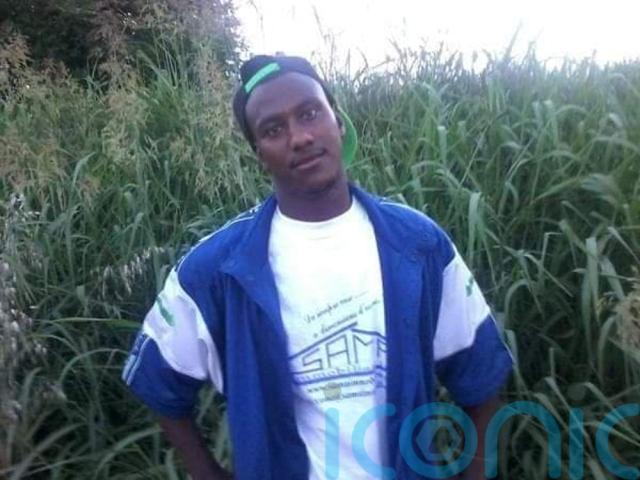 He said: “I would run with a book in one hand, taking around 40 minutes. If I ran faster I could do it in 30 minutes.

“I really wanted to go to school. My mum’s dream was for us to have an education, because it would change our lives and her life.”

Eskander also studied electrical engineering at college in Jijiga,  but was jailed in 2010 after attending a peaceful protest against violence in his village in Dima, the homeland of the Oromo people. 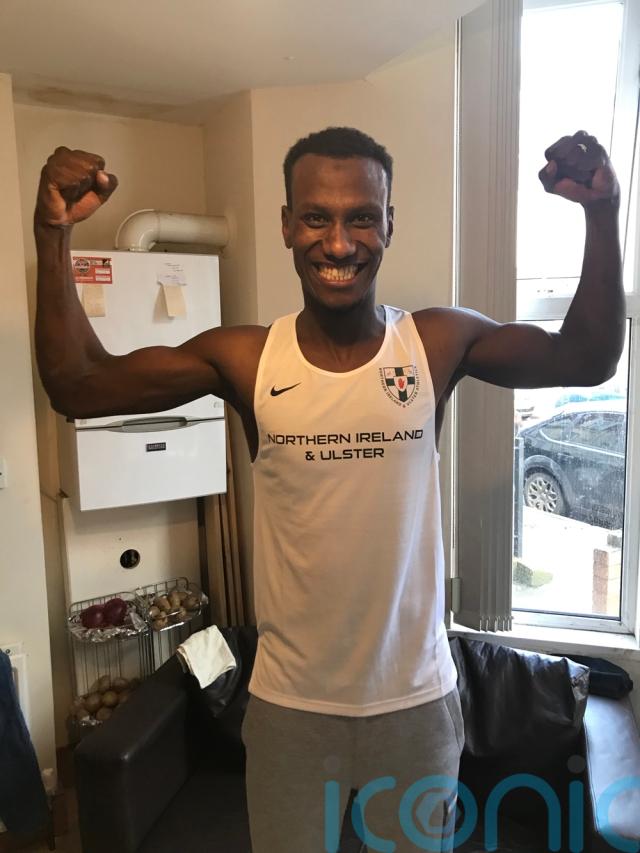 A time of great unrest in Ethiopia for Oromo people, who are the largest of 80 ethnic groups in the country, as they faced political oppression, sadly, he claims his dad Turki Usman and brother Yuusef were killed during the upheaval.

Eskander said: “Every single day people died. Our lives were cheaper than even pasta.”

After his own imprisonment in Harar, in Eastern Ethiopia,  Eskander’s mother sold her belongings so he could go to South Sudan, where she hoped he would find a safer life. 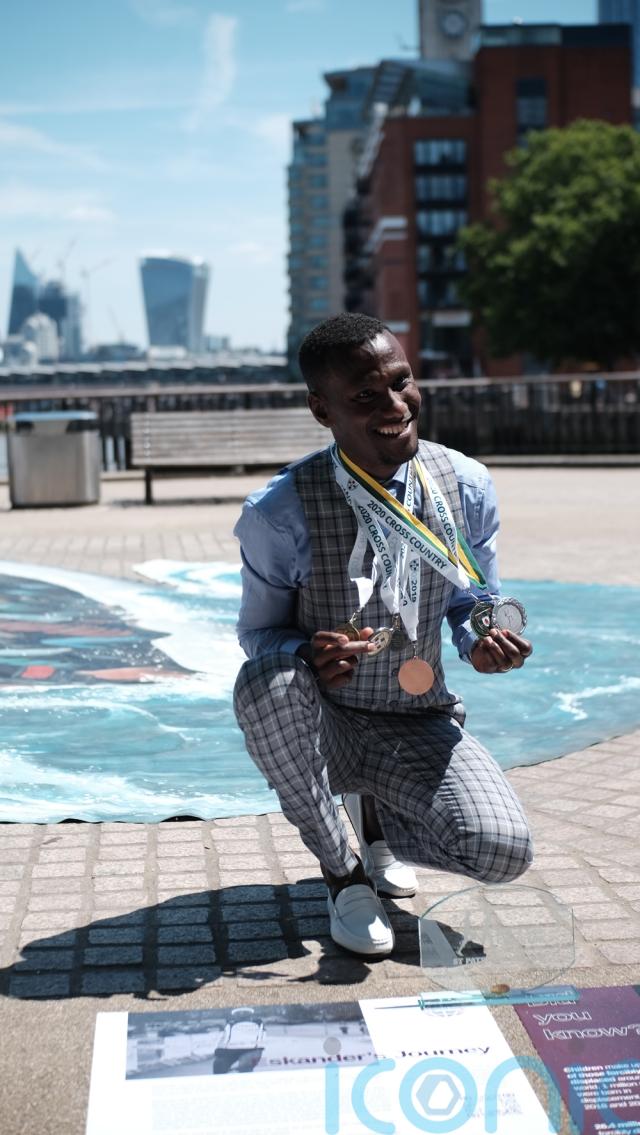 But he again faced mortal danger, as with no papers, he could not find legitimate work and effectively became a victim of modern slavery.

Fearing that he would be sent back to Ethiopia, he was forced to work for free on a construction site, or risk being exposed to the authorities and sent home to certain arrest.

Then, in 2014, a construction boss agreed to get him a free place on a dinghy to Sicily from Libya, as retrospective payment for the free work he had performed. 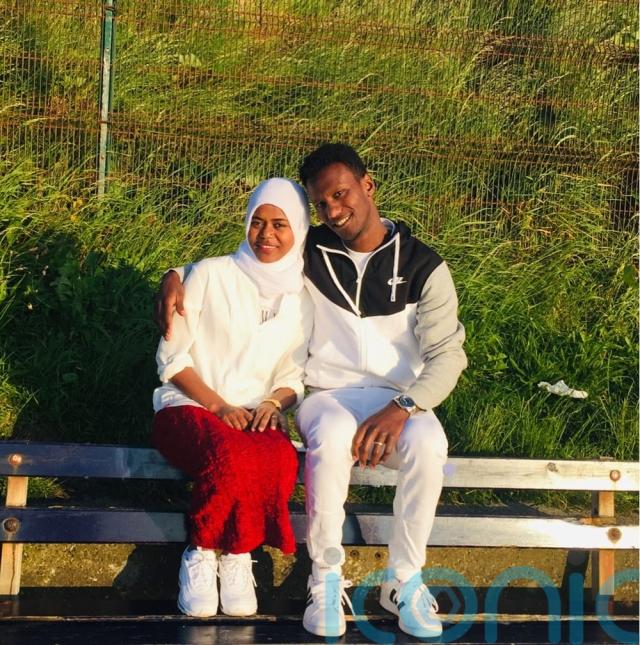 Setting off from Libya in March 2014, packed onto the tiny dinghy with 150 people, they travelled for four days without a compass before reaching the Sicilian shore.

“It was better to try and change our lives than to stay where we were.” 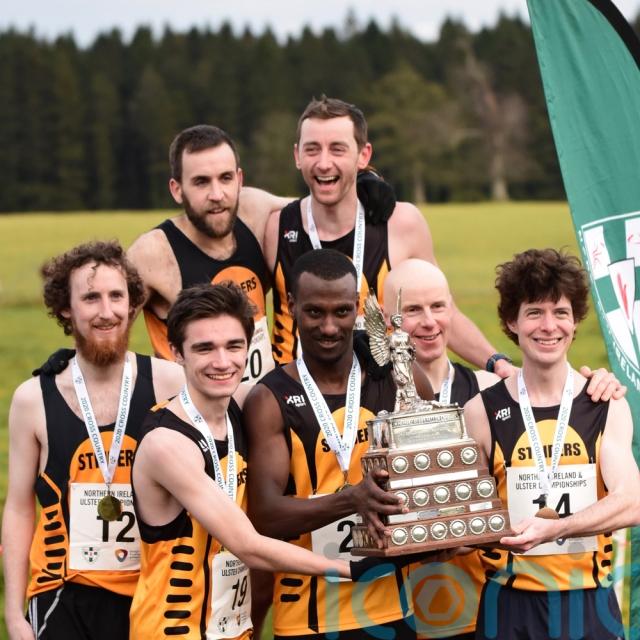 On March 19, 2014, Eskander arrived in Sicily, eventually moving up to Brescia in Northern Italy, but struggled with homelessness and could not secure a job.

He says he frequently received a hostile and sometimes violent reception, was accused of drug dealing and repeatedly told to “return to Africa”.

Despite this experience, he is still grateful to the Italian immigration for supporting him, adding: “They helped me with food before I became homeless. And they supported so many others.”

Finally, in July 2016, he bought a ticket to Dublin, Ireland, on the advice of a fellow refugee – a decision that finally changed his life for the better.

Migrant Help, a charity supporting asylum seekers, refugees and victims of human trafficking and modern slavery, helped Eskander settle in Belfast, where he started a new life – even finding his ice cream making job in a café.

He met Amina in the summer of 2021, through various events held for refugees and asylum seekers and she invited him to her home for their first “date” in November last year, where she cooked traditional dishes that reminded him of his childhood. 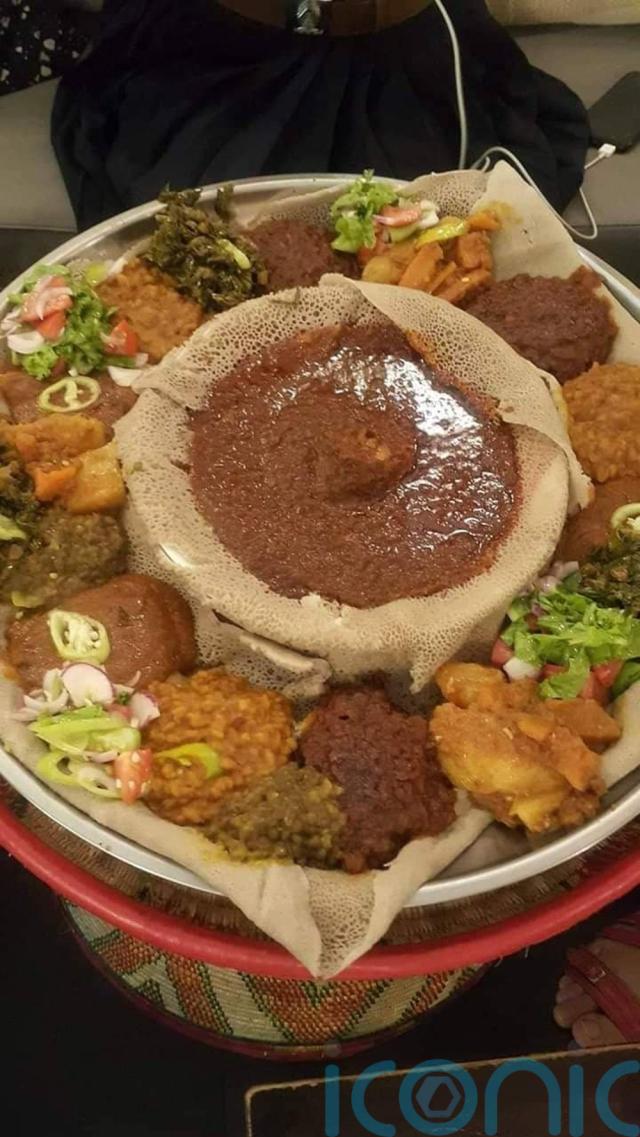 Falling in love straight away, just three days later he told her he wanted to spend the rest of his life with her and the couple were married on November 15 at City Hall in Belfast with all of his teammates in attendance.

He said: “I met Amina in Belfast. She spoke my language. She is very intelligent and so kind.

“We met because we are both Oromo people and we were both asylum seekers.

“It was love at first sight. I had one meal with her and I knew I had to marry her.” 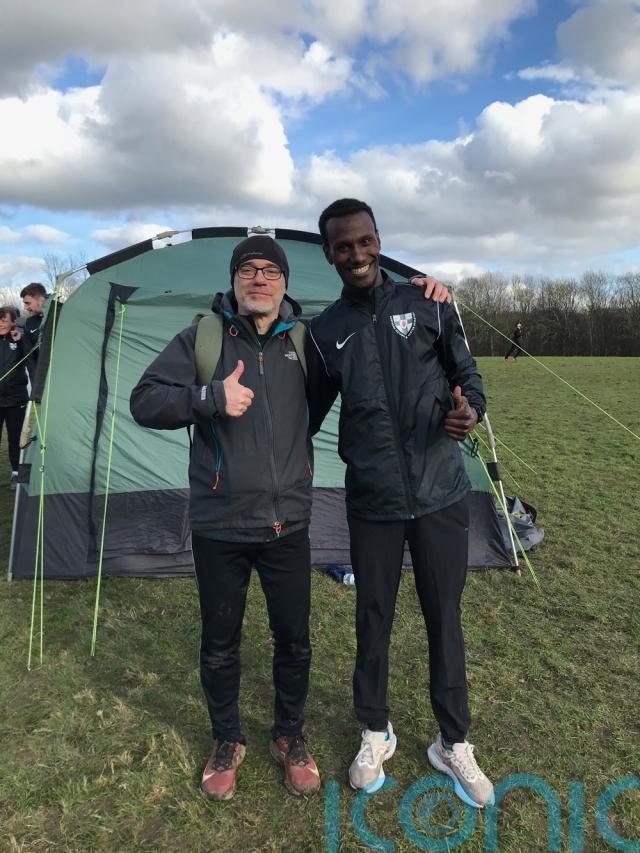 Being able to share his worries with a fellow refugee has been an invaluable support for Eskander, who has also formed close relationships with his case workers from Migrant Help.

He and Amina are now expecting a baby boy in August, around the same time he is due to race against Mo Farah.

He said: “I am so excited to have a boy and become a father and my mum is over the moon to become a grandmother.” 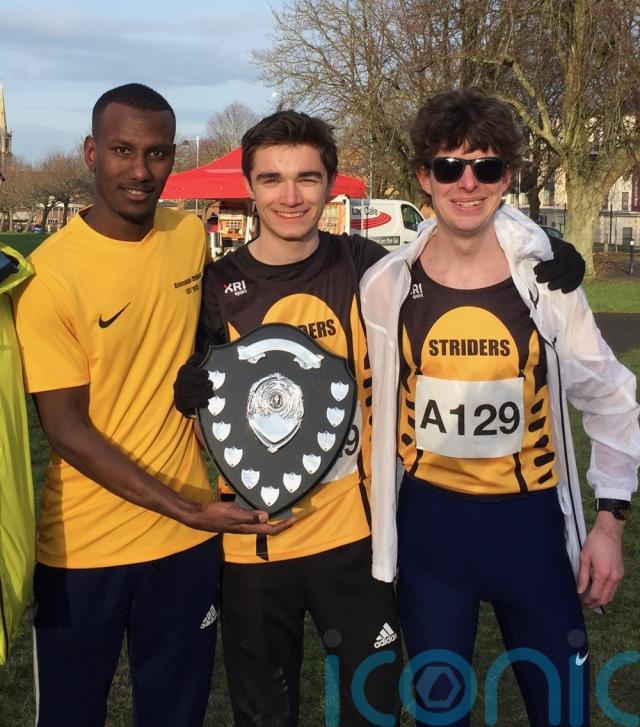 His coaches and teammates at the Annadale Striders running club have also offered him friendship and guidance, as he continues his incredible journey.

He said: “Married life is very good, because now we can share our worries together and we can push each other forward.

“We are starting a new life together and it’s been amazing.

“I left home but I found a piece of home away from home here in Belfast.” 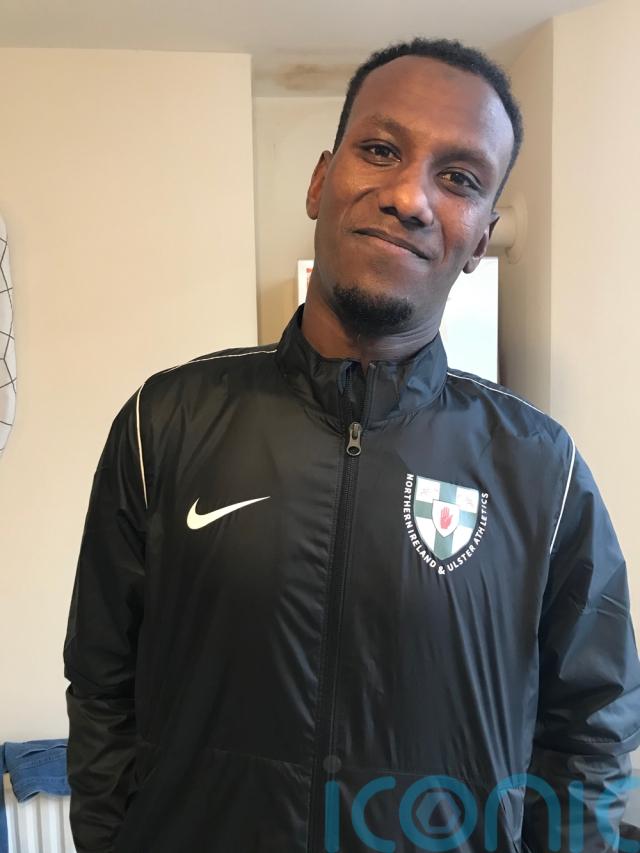 He added: “My wife understands me. She knows what I’ve been through because she had a similar situation to me.

“And I have so many people I need to thank, as they gave me a new life and new independence.”

Eskander, who is never late for any English classes and speaks fluent Italian, could not be more grateful for the second chance he has been given. 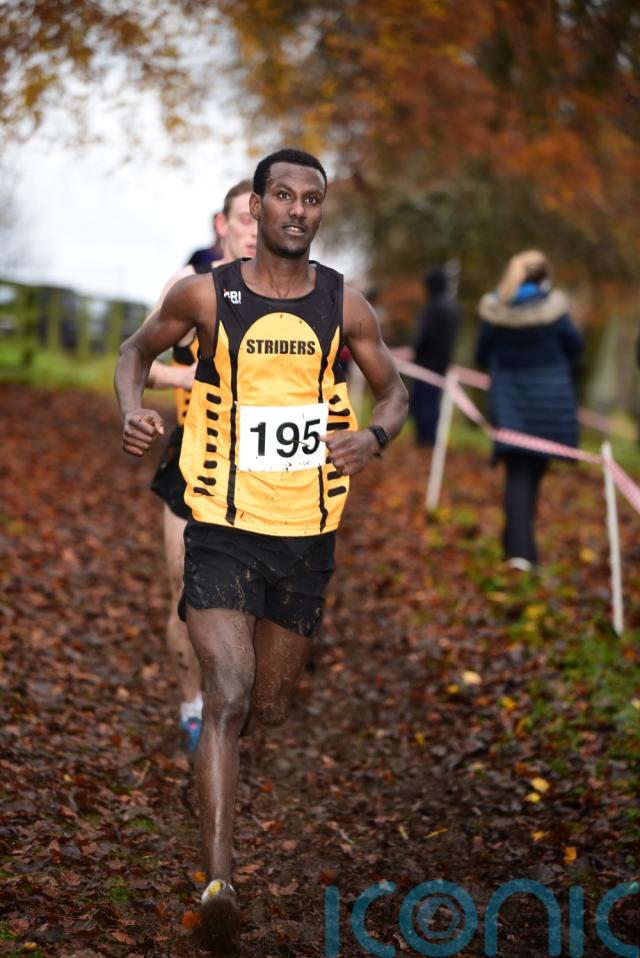 He said: “I am so happy. After everything I went through, I am living in an apartment with a bed and I have job. I have food, I have support.

“I have a beautiful and kind wife.

“I work making ice cream at a coffee shop. The best flavour is the new ginger and biscuit which I made yesterday.

“I cannot believe the life I have. I am so grateful for everything I have today.” 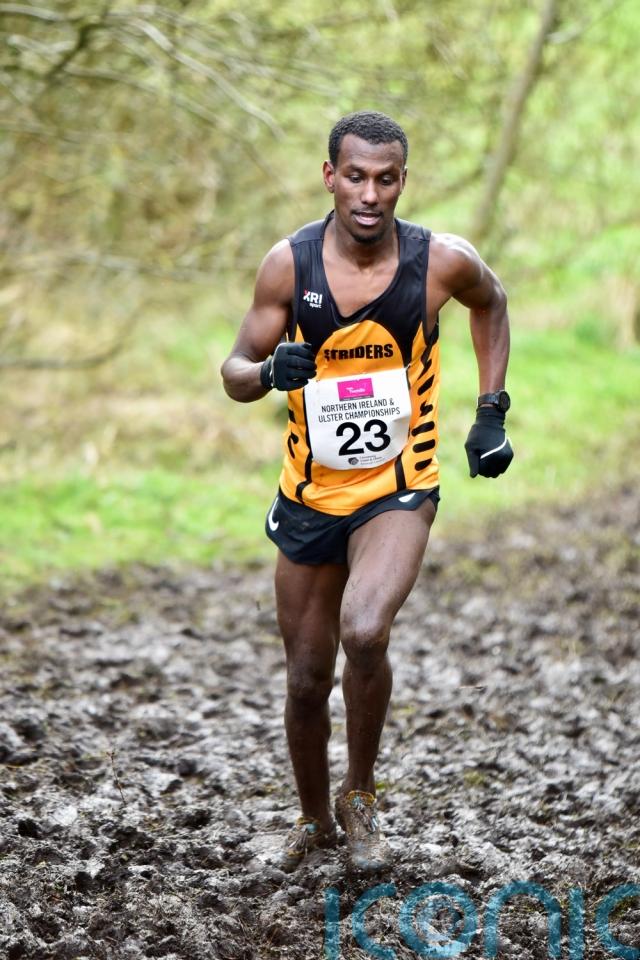 Caroline O’Connor, CEO of Migrant Help is delighted to see how far Eskander has come.

She said: “Eskander’s story is one of immense hardship and personal strength. When he came to us, he was at the start of a new chapter in his life, working to heal from the traumas of his past including unjust imprisonment, torture and as a survivor of modern-day slavery.

“After all he has endured Eskander is now thriving, and his positivity and drive is inspiring to all that meet him”