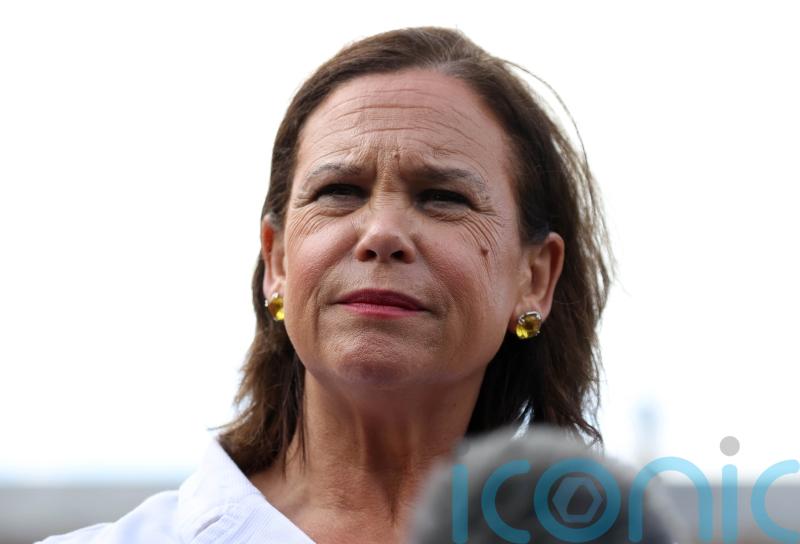 Sinn Féin leader Mary Lou McDonald has slammed what she calls the "downgrading by a thousand cuts" of emergency services at Our Lady's Hospital, Navan.

Speaking to a public meeting in Navan yesterday evening (Monday June 20), Ms McDonald said that it’s possible to change the Government’s decision on the “downgrading by a thousand cuts” of Navan hospital.

Controversy has surrounded the future of the Co Meath hospital after the HSE announced that its intensive care unit and emergency department will be closed in favour of a 24/7 medical assessment unit and a local injuries unit.

The HSE has said Navan hospital will still see around 80% of the 25-30 patients it currently sees daily through these units, but more specialised care will be diverted to hospitals such as Our Lady of Lourdes, Drogheda in Co Louth.

Politicians have raised concerns about the proposal, including the Minister for Justice and Meath East TD Helen McEntee – who said that the HSE had not addressed “serious questions around capacity”.

Addressing the public meeting in Navan, Ms McDonald said: “Stripping back access to healthcare robs you of the confidence that you are entitled to: to live a full and a secure life. And we know that access to healthcare, sometimes in a timely fashion, can be the difference between life and death. That’s a fact.

“I have no doubt that people here in this meeting this evening could give countless examples of where that facility in Navan hospital was essential to you and your loved ones.”

The Sinn Féin leader criticised the confusion between different arms of the State over what was due to happen at Navan hospital, after the HSE announced last week a phased change planned for the hospital.

The following day, Minister for Health Stephen Donnelly released a statement saying the government had not agreed on a position regarding the HSE’s proposal.

“The HSE says one thing, the Minister says another,” Ms McDonald said. “With no one, it seems to me, taking responsibility and that is unacceptable when it comes to a decision that will have very real impacts on the lives of the people of Navan and indeed the surrounding region.

“The downgrading by a thousand cuts of the emergency services at Navan hospital is madness. Particularly at a time when emergency departments across the state are under such severe pressure.

“What we need now, to put it very directly, is a bit of cop on. A bit of cop on for Minister Donnelly in particular. I think it’s important that he hears the voices in this room.”

Clinicians at Navan hospital, including the clinical director of the hospital Gerry McEntee, have said that there are serious risks to patient care in how ill-equipped the hospital is to treat ill patients.

“I don’t know if the public really realise, but this cohort of critically ill patients who by virtue of the fact of coming into Our Lady’s Hospital, Navan, are not provided with the best opportunity of survival,” he said.

He said that as part of the proposal, there would be more “advanced surgical care and supports from the Mater [hospital] into Navan. So that’s more surgery, more theatre utilised by specialists coming from the Mater into Navan”.

“That is a much strengthened hospital,” he said, adding that Navan hospital would be “much safer” for the community it serves.

The HSE’s chief operations officer Anne O’Connor added: “The reality is in healthcare, unfortunately, it’s not sustainable or safe to try and provide every service everywhere.”

“That’s actually a false argument. The idea that this course of action would somehow improve care, either in Navan or at another location is simply not true. And the clinicians in Drogheda bear witness to that. Because they tell us already that they struggle to cope.

“What hope if services in Navan are to cease?

“The example of Limerick should be really taken on board – Ennis closed, Nenagh closed, St John’s closed and when people objected to that, just as you object to the stripping of services at Navan hospital, they were told not to worry.

“That in fact, the situation would improve – well my friends, it has not.

“University Hospital Limerick is consistently at the top of the heap in terms of wait times, trolley counts, and so on. So it is not acceptable for the HSE or for the Minister to take a decision like this in such a confused and such a cavalier fashion. Not to listen to your voices.

“What’s needed in Navan and across the system is more accessible care, not less of it.”

Ms McDonald said the message to the Government from the meeting was: “This needs to stop now. I think he needs to appreciate the depth of feeling here in Navan, and accept that the people here simply will not stand for the course of action he proposes.”

Sinn Féin is due to table a Private Members’ motion in the Dáil tomorrow night on the topic, Ms McDonald told the meeting.

A demonstration is also planned in Navan for July 9.

“I think we can force the Government to do the right thing here,” Ms McDonald said.