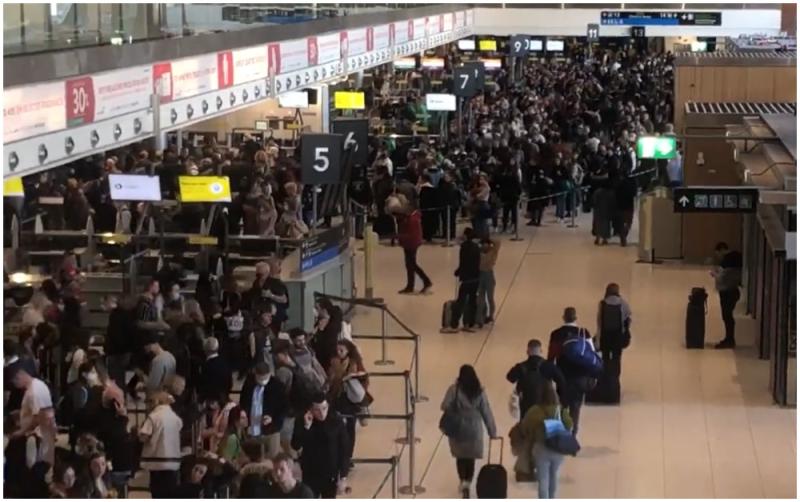 An over-time incentive system is understood to have been introduced at Dublin Airport to increase security staffing levels to cope with increased passenger numbers.

Dublin Airport Authority’s (DAA) security screening was particularly stretched due to staff shortages, with an extra 300 security staff required on top of the 600 existing staff.

It is understood that a new triple-time payment scheme to encourage overtime is being offered to staff to try to keep passenger queues at the airport as short as possible.

Social media footage over the weekend showed the full extent of hold-ups as passengers queued outside the airport from early morning.

A statement on the Dublin Airport Twitter feed said: “We are currently filtering passengers into the terminal buildings in an orderly manner to join check in & security queues which are moving & we thank passengers for their cooperation & patience at this extremely busy time of the morning in advance of the first wave of departures.”

We are currently managing the flow of passengers into the terminal as part of a carefully planned process with the aim of keeping passengers safe and ultimately making sure passengers make their flights on time. We have 10 security lanes open in T1 and queues are moving steadily.

The airport  announced a five-point strategy earlier this week after lengthy queues in recent weeks sparked concern from government and complaints from some passengers that they had missed their flights.

The queues were attributed to delays at security screening during peak times.

The airport said it had been trying to rebound from the impact of the pandemic and blamed shortages in fully trained staff working at the country’s busiest airport.

They advised passengers to arrive at the airport a minimum of three-and-a-half hours prior to their departure time over the busy Easter period.

Other measures being taken include the recruitment and training of additional security screening staff, deployment of a task force, a targeted communication campaign and keeping security in Terminal 1 open 24/7 to reduce the build-up of queues.