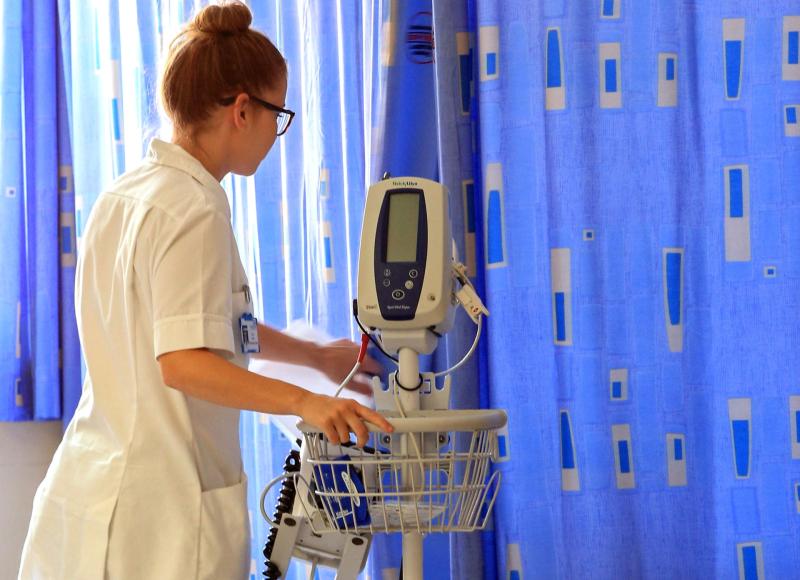 It is a mistake for Government to exclude a nursing and midwifery representative on the new Covid-19 Advisory Group, the Irish Nurses and Midwives Organisation (INMO) has said.

INMO deputy general secretary Edward Mathews said it was "particularly disappointing" that there is no nursing or midwifery representative on the new advisory group which was announced on Friday.

"Nurses have been sounding the alarm of what exactly it is like to work in overcrowded hospitals while dealing with a highly transmissible virus for months now.

"Excluding nursing and midwifery from a panel that will advise government going forward shows a distant and unrealistic approach to the pandemic which actually ignores the reality of the situation in the health services," Mr Mathews said.

"Theoretical, research, and on the ground perspectives are essential and underrepresented in the membership of this new body - and will ensure a particular, but not particularly accurate picture as time moves forward," he said.

“The total exclusion of the voice of the largest group of health professionals is a mistake," the INMO deputy general secretary said.

Minister for Health Stephen Donnelly announced on Friday that the Covid-19 Advisory Group will take over the National Public Health Emergency Team (Nphet).

The group will be chaired by outgoing chief medical officer Dr Tony Holohan.