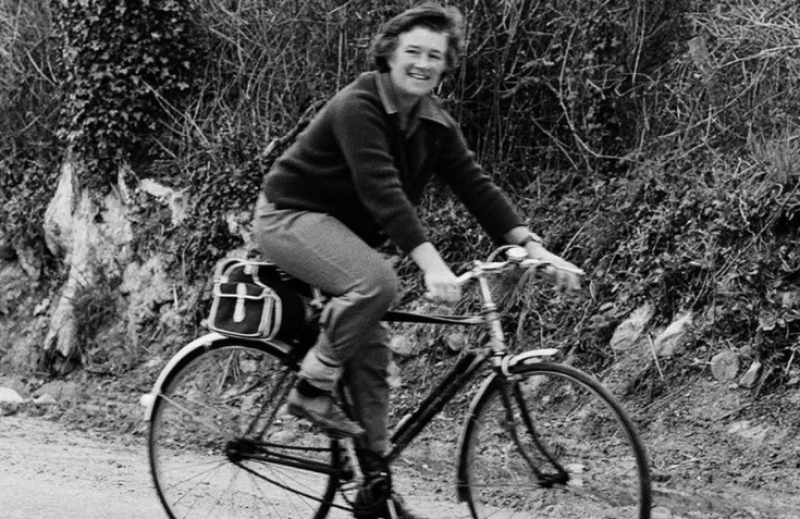 Dervla Murphy wrote over 25 books throughout her life documenting her travels across the world by bicycle.

Born in Lismore, she left school at the age of 14 to care for her mother, before travelling to over thirty countries without ever learning how to drive.

Her 1965 book 'Full Tilt: Ireland to India with a Bicycle' documented her remarkable journey by bike through Europe, Iran, Afghanistan, Pakistan and India, with other works detailing her experiences in places such as Northern Ireland, Russia, Cuba and across Africa.

In a Twitter post released today (Tuesday May 24) in honour of Ms Murphy, the president said her contribution to writing had "a unique commitment to the value of human experience in all its diversity".

He said, "While known as Ireland's most famous travel writer, such a description barely captures the fullness and deep understanding captured in her work."

Statement by President Higgins on the death of Dervla Murphyhttps://t.co/1KQVOfR7QM pic.twitter.com/cuFKXwTz3Y

Irish writer Sinéad Gleeson - who wrote book of essays 'Constellations' - also paid tribute, stating, "Dervla Murphy - travel writer and flâneuse who handled a mule as easily as a bike - has died. Totally fearless, she went against expectations of women in 1960s Ireland. I wrote about her [in] Constellations, including her knack for travelling light (always bring poetry and a knife). RIP."

Scottish historian William Dalrymple said, "I adored Dervla and am so sad she is now heading Full Tilt for the the world beyond. I'll always think of her with her plastic litre bottle of cider, that face that was like a map of her journeys and a voice like wind-blown desert sand."

English adventurer Alastair Humphreys also commented on her passing and said, "Dervla Murphy, ‘secular saint’ of travel writing, dies aged 90. This is really sad - Dervla was one of my adventuring and writing inspirations."

Actor Michael Smiley said he was "heartbroken" and called her "one [of] the great Irish women".

He said, "I had the honour of interviewing her for my cycling series, she absolutely beguiled me. God bless Dervla Murphy, travel writer who lived an ‘adventurous life at the edge’, dies aged 90."

President Higgins said she was "always an ethical visitor" and brought "a vital social conscience and respect for those she wrote about".

He said, "She retained a strong interest in those who were suffering throughout the world even up to recent weeks and brought an insightful perspective to matters of politics, environmentalism and the crucial importance of peace."

The mayor of Waterford City and County Council, Cllr Joe Kelly is inviting loved ones and admirers to sign an online book of condolence.

When complete, it will be forwarded on to The Murphy Family by Mayor Kelly on behalf of the people of Waterford.

The book of condolence is available to sign here.