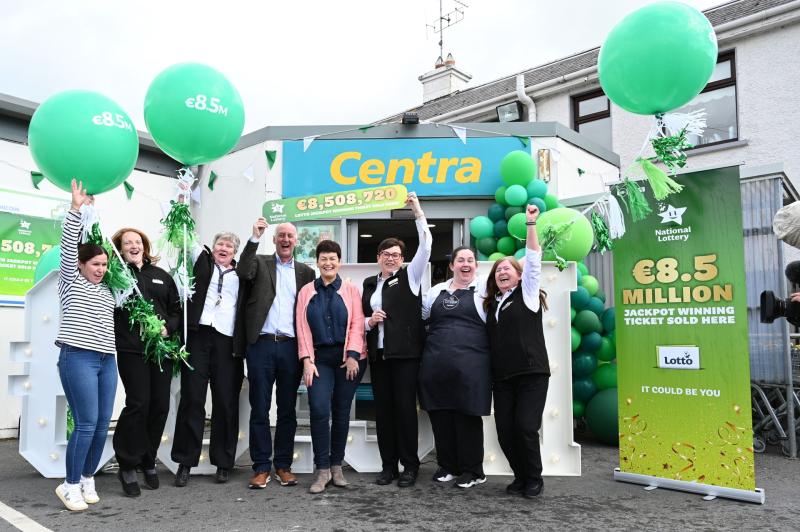 Ireland's newest millionaire bought their winning Quick Pick in a town near Co Waterford, it has been revealed.

The National Lottery today (Tuesday May 17) confirmed the winner of the top prize - won on Saturday May 7 - has officially made contact to begin the process of claiming their €8.5million jackpot.

The lucky winner purchased their ticket - worth an incredible €8,508,720 - at Blanchfield's Centra store on the Main Street in Mooncoin, Co Kilkenny on the day of the draw.

It's reportedly the second time Blanchfield's has sold a jackpot winner, as €6.8million was won on a ticket bought at the Mooncoin store in December 2019.

A National Lottery spokesperson said: "It was a memorable Monday in National Lottery Headquarters! We were delighted to get the call from the fourth Lotto jackpot winner of the year who won their €8.5 million prize just over a week ago.

"Ireland’s newest millionaire now joins an enviable list of the biggest National Lottery winners of 2022. So far this year, we have seen 18 National Lottery millionaires across our draw-based games. We are now making arrangements for the Kilkenny Lotto jackpot winner to claim their life-changing prize."

Meanwhile, tonight’s EuroMillions jackpot is set to roll towards an estimated €25 million. Tickets can be purchased ahead of the 7.30pm cut-off time for sales in-store, through the National Lottery app or online at www.lottery.ie.