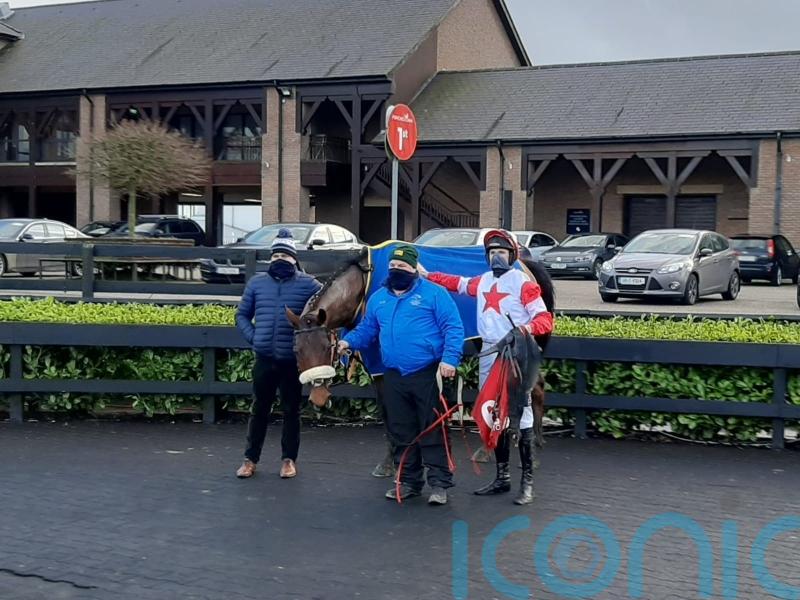 The Big Dog is still on course for the Randox Grand National at Aintree, according to trainer Peter Fahey.

Currently a 50-1 chance with Bet365 for the Aintree marathon on April 9, The Big Dog was pulled up before the 10th fence by Jonathan Burke in the Welsh Grand National at Chepstow last week after a mistake caused him to lose an iron.

However, the Irish trainer has not lost any faith in the nine-year-old, who could bid to follow up last season’s success in the Punchestown Grand National Trial next month for owners Damien and Colin Kelly.

“He will have a few entries in staying handicaps over here and we will make our mind up as to what we are going to do, but we might be aiming for the English National, if we can get a nice run into him before now and then,” said Fahey.

“He is very unexposed to be honest, but we hope to get him a nice handicap over here. Whether he goes for the Punchestown Grand National Trial which he won last season, we’ll see over the next few days.”

Meanwhile, Fahey is set to keep unbeaten bumper winner The Big Doyen under wraps until the Cheltenham Festival in March.

The five-year-old, owned by the Money For Jam Syndicate, has produced two impressive victories at Roscommon and Punchestown, winning the latter by 15 lengths, and is as low as 8-1 with BetVictor for the Champion Bumper.

“The Big Doyen produced a nice performance at Punchestown. At the moment, the plan is to go straight to Cheltenham.” said Fahey.

“The owners are keen to go there. He is a very tall horse and we don’t want to over-run him.”

However, Royal Kahala, who gained her third success over hurdles in a Grade Three contest at Leopardstown last week, is set to have one more run before having a tilt at the Mares’ Hurdle at Cheltenham.

The seven-year-old is currently as low as 5-1 joint favourite with Paddy Power for the two-and-a-half-mile event.

Fahey said: “She came out of the race very well after a nice performance.