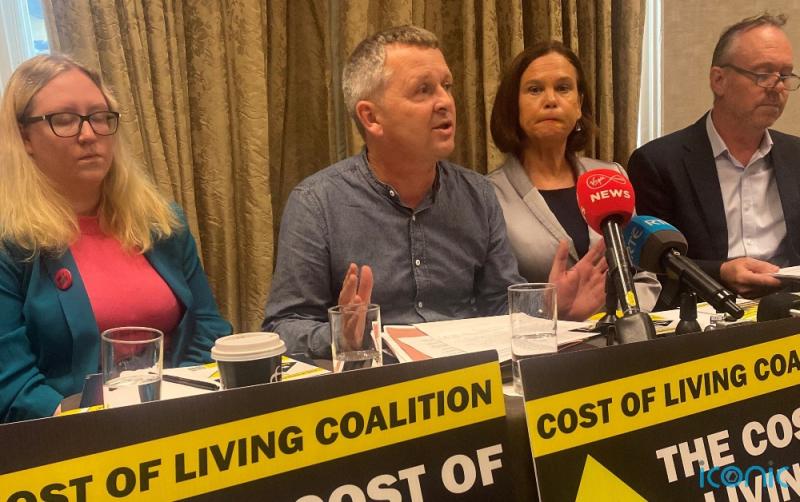 Members of the public in Waterford and across Ireland are being urged to take part in a rally this weekend to demand the Government do more to tackle the cost-of-living crisis, which is “crushing” families and households.

A demonstration, organised by the Cost of Living Coalition, will take place in Dublin on Saturday.

The group, which is made up of 30 organisations including trade unionists, student and pensioner bodies and opposition political parties, will urge the Government to take radical action on the cost-of-living and housing crisis.

The coalition is holding the protest this weekend ahead of the Government’s budget on Tuesday.

“There is no way you could exaggerate the kind of pressure that people are under and there’s a real sense that Government hasn’t listened,” Ms McDonald said on Tuesday.

“(Government) have said a lot. They they’ve done a lot of kite flying but actually, when it came down to it, there was a lot of delay and dither.

“So the evidence will be on budget day as to whether or not the real gravity of this situation has landed with a Government that, frankly, is completely out of touch so far with realities on the ground.”

Speaking at the launch of the protest in Buswells, People Before Profit TD Richard Boyd Barrett said he wants to see Government action to protect people from an “absolutely crushing” cost-of-living crisis.

He said living costs is “blighting” the lives of tens of thousands of people.

“The simple message is the Government to date have not done enough, even close to enough, to protect workers, pensioners, students, ordinary householders, from what is crucifying cost-of-living prices, that it is inflicting really severe hardship on working people, on vulnerable people, on the young and the old,” he added.

“We are demanding action in this budget to comprehensively protect ordinary people from this cost-of-living crisis and to finally take action to address the ever worsening housing crisis.”

Thousands are expected to take part in Saturday’s protest, as the Government prepares to sign off on the final details of the budget.

The march will begin at Parnell Square at 2.30pm on Saturday.

Macdara Doyle, of the Irish Congress of Trade Unions, will also take part.

He said: “It’s quite clear we need urgent and radical action from Government to prevent an energy crisis morphing into what could become a jobs crisis and a wider economic crisis.

“The priority for the budget has be the protection of jobs, protection of living standards, given the huge pressures that are already on workers.

“The energy that we are seeing at the moment is just one more crisis overlaid onto a series of existing and deeper crises around the standard of living.”

Imelda Browne, president of the Senior Citizens Parliament, said: “We already had even before these price rises, people telling us they were getting up later or going to bed earlier. That is not a good way for anybody to live their lives.

“It is really, really important that the energy crisis is tackled in this budget. It is also very, very important that older persons are not depending on handouts to meet their bills.

“They are welcome to help people with electricity bills but you must be able to budget, you must know what your bills are going to be, and that you are going to have the money and not be living in fear that you can’t meet the next bill.”

Fr Peter McVerry said the Government is failing the state.

“I asked the Government not to fail the people of this country again in this energy crisis,” he added.

Union of Students in Ireland president Beth O Reilly said students are being forced to sleep in tents, cars and friends’ couches.

“They can’t find or afford accommodation and that is disgraceful,” she added.

“The onus of this work is being put in our students’ unions, the Government have washed their hands with the problem.

“They seem to think that digs is a solution to the student accommodation crisis, when we know that students who avail of digs have no rental rights and are still being charged absolutely extortionate rents.”