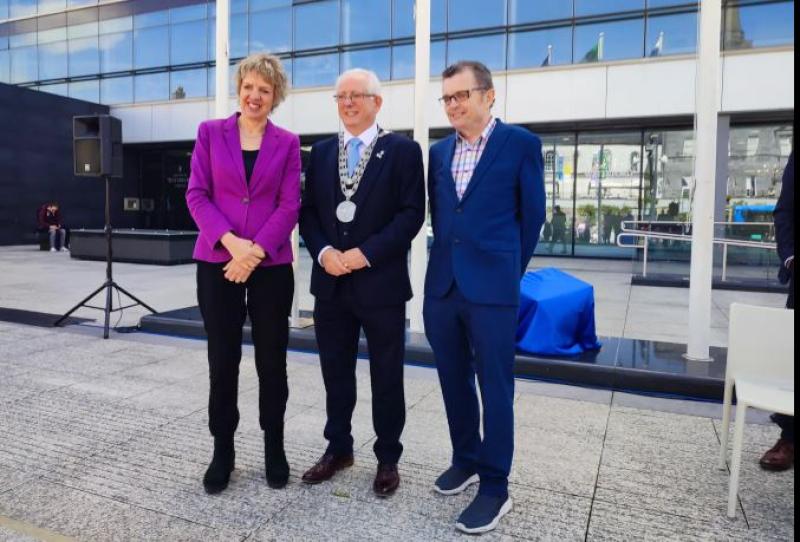 A co-founder of Waterford Crystal who fled the Communist regime in the 1940s was recognised for his contribution to Waterford on Friday with his name immortalised in the city.

Bačik, a glass works owner in the Czech Republic before and after the Second World War, was also involved with the Czech resistance and fled the Communist takeover of that country in 1946.

Arriving in Ireland, the family settled in Fiddown, near Piltown, and together with friend and investor Bernard Fitzpatrick, they reinvigorated the old Waterford tradition of glassmaking, with the first sod turned on new premises in 1947.

Welcoming the large attendance to the event on the Mall, which included Deputy Ivana Bačik TD, a granddaughter of Charles, Mayor of Waterford City & County, Cllr Joe Kelly made reference to the restarting of the industry in Waterford.

Cllr Kelly said: “There had, of course, been glass making here in Waterford in the previous century but as the tradition had waned, Charles and others including the designer Miroslav Havel, created new processes from scratch, effectively restarting the industry here. The company went on to have a remarkable influence on the revival of the city’s glass industry, helping to establish one of Ireland’s flagship brands on the international stage.” 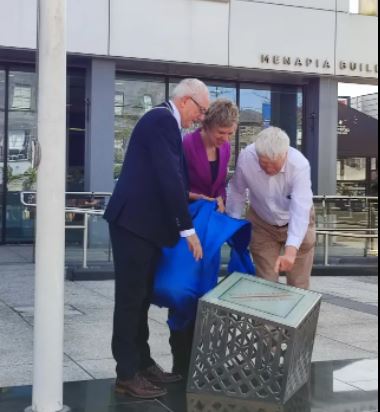 Newly elected Labour Party leader, Ivana Bačik TD, attended the dedication and remembers her grandfather fondly: “It’s an honour to be here today as my grandfather Karel Bačik is recognised with this kind gesture. He was involved in the Czech glassmaking industry and was imprisoned by the Nazis during World War II.

"When he came to Ireland from Czechoslovakia with his young family after the war, he found Ireland a country which welcomed him, and which provided him with the opportunity to make vitally important contribution to our economy and to our industrial development. I know that, in the context of the brutal Russian war on Ukraine, my grandfather would be pleased to see that Ireland, once again, is welcoming those who come here fleeing conflict in a time of crisis,” Deputy Bačik said.

A plaque commemorating the event was then unveiled by Cllr Kelly, with the area  to be known bilingually as “Plás Charles Bačik / Charles Bačik Plaza” from now on.