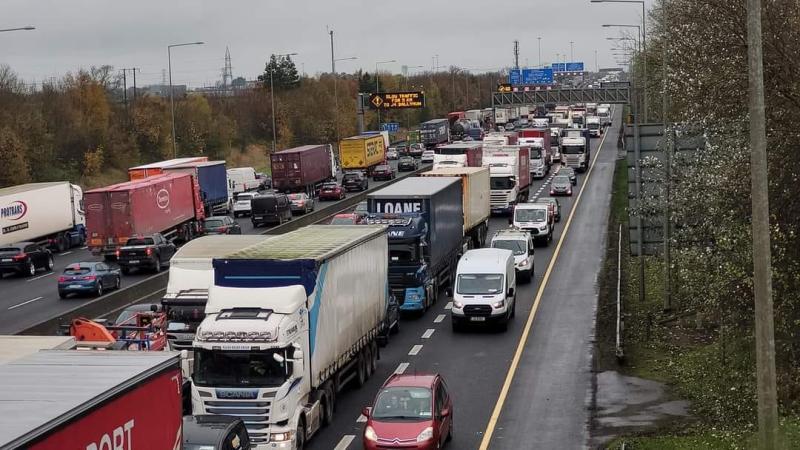 The truckers who brought Dublin to a standstill and held up traffic on several motorways into the city earlier this week are planning another event if fuel prices aren't reduced.

The Irish Truckers and Haulage Association Against Fuel Prices wrote on social media that they were considering the move and called on other sectors to join them.

"All hauliers, truckers , buses, taxis , fisheries, professional drivers, couriers and members of the public the first week in December could be the next one if we don’t get a change so keep in mind. This will be massive,” they said.

Independent Limerick TD Richard O’Donoghue called on the Government to hold an emergency meeting with the hauliers to prevent the second protest going ahead.

He said the rising fuel prices are “interfering with every household in Ireland”.

"This is a national emergency and it needs to be dealt with like that," he said.

In response, An Tanaiste Leo Varadkar said the Government understands the "enormous impact" that rising fuel prices is having on people.

He said it was important to remember that the prices are driven by international factors and the Government only has so much control over such things.

However, Deputy O’Donoghue reminded the Tanaiste that the Government has control over 23 per cent of the cost of fuel through VAT, 2 per cent of which was voted through in the Dáil on carbon tax.