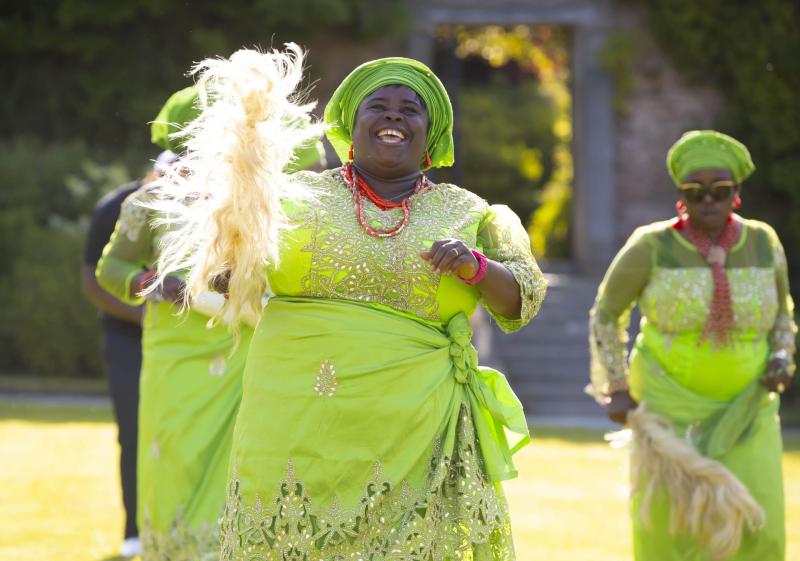 Waterford’s Imagine Arts Festival will celebrate diversity and culture during its 20th annual festival which will take place both in-person and online at venues across Waterford from October 15th to 24th.

‘Diverse Creatives’ a Creative Waterford project and a partnership between Waterford Libraries, Waterford Integration Services, Europe Direct Waterford and Imagine Arts Festival will be unveiled at the festival; this is a showcase of arts to celebrate the rich culture and experience of migrants who have made Ireland their home.

These cultural performances include dance from the Igbo Community Waterford, music from singer and songwriter Minnie Marley the unveiling of an Intercultural Quilt created by the women of the Shakti Programme and music from Murka Murcury who is an Artist, DJ, and Producer.

Commenting on the events, Festival Manager Nora Boland said: “We very much hope that ‘Diverse Creatives’ may incubate future creative partnerships and grow friendships and networks in the arts community in Waterford. We are looking forward to celebrating and sharing these new ideas and cultures which have great potential to bring social, creative and economic value. This year’s festival programme is probably our most diverse of the last 20 years and it is indicative of the wonderfully diverse place that Waterford is today.”

The first Diverse Creatives event is a showcase of dance from the Igbo Community in Waterford who came together as a group in 2017. The Igbos originate from the Eastern part of Nigeria. As part of their tradition, when they find themselves in a new place they form a social group, they come together as a community to celebrate their culture through dance and music and to help new Igbo residents settle in and integrate into the community.

Igbo Community Waterford is made up of women’s and men’s wings. It is also a way of passing down the Igbo culture and language of the Ibo people to their children. Dance is seen as an important way for women’s voices to be heard and their vital role in their communities and families is celebrated.

South African singer-songwriter based in Ireland; Minnie Marley specializes in dance-oriented music with a blend of Afro, Dancehall, Hip-hop, R&B and Pop. Minnie who is all about girl power with her "island gyal" flow and rhythm has self-released several great tracks and she is becoming a rising star in the music industry in Ireland. Minnie is known for her energetic stage presence.

The Shakti Programme, which supports migrant women in enterprise through education, social enterprise and crafts is run by Waterford Integration Services from Central Library in Waterford City. Her Excellency Dr Uzoma Elizabeth Emenike, Ambassador of the Federal Republic of Nigeria launched the Shakti Programme Intercultural Quilt as part of Waterford first Global Women’s Conference in 2020.

The quilt is a powerful symbol of how empowering women at a local level as key actors of integration and economic development works to begin to deliver on the Sustainable Development Goals in Waterford and the South-East.

Murka is well known and respected in the urban communities for helping young people who have an interest in urban music through recording and guidance. As a producer, he has helped local artists like Pat Flynn, Yung Shakur, Mega M, Nicky Wicks (who made it to the Voice of Ireland) and many more to find their path in music. He has both recorded artists and shown them how to record and be in charge of their own music.

In addition to Diverse Creatives, there are art exhibitions, an Arts Trail and Art Shop featuring 10 different artists will also be on offer showcasing a variety of techniques from sand artists to printmakers to surfboard graffiti artists and more at venues across the City.

There will be live comedy with Colm O’Regan and Sean Murphy plus Theatre events including Spliced a Timmy Creed Production, Sylvan from Tinderbox Theatre Company, and Marbleface, which was the winner of last year's Imaginings competition which was hosted to identify and commission new artworks and lots more.

The Imagine Arts Festival will take place online and in-person in Waterford this October 15th to 24th, further details and tickets can be found at www.Imagineartsfestival.com