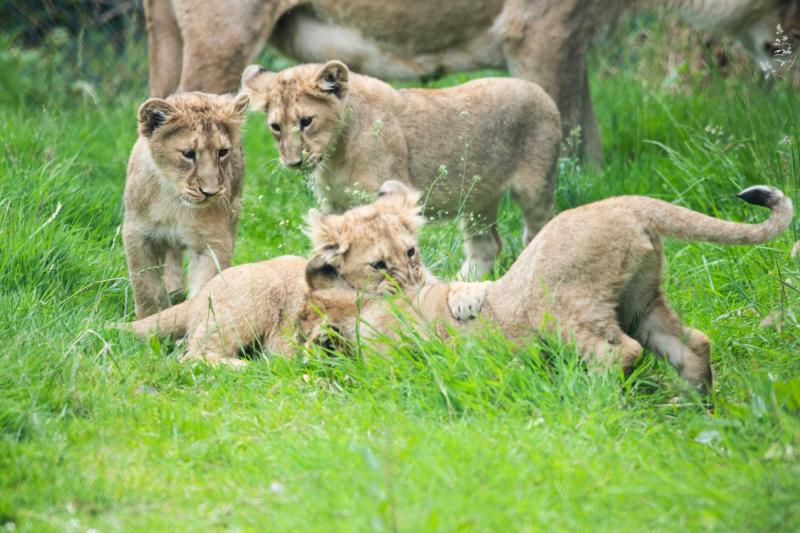 The search for the names of the four endangered Asian lion cubs (Panthera leo persica) who were born at Fota Wildlife Park in February has finally concluded.

The rangers at Fota Wildlife Park sifted through hundreds of names before finally selecting the names Ri, Riann, Rani and Ravi. The naming competition which was announced in April was won by Ian Twohig and Emma McCarthy from Cork, Helen Cronin from Macroom, and Pamela Kent-Ryan from Mitchelstown, who each received a Conservation Annual Pass to Fota Wildlife Park.

The Asian lion cubs are now over four months old and join their mother and father, Gira and Shanto, along with their older brother Loki and aunt Gita in the specially constructed lion habitat in the Asian Sanctuary at Fota Wildlife Park. Loki’s two sisters, Arya and Amira, part of the first lion cub pride to be born at Fota, were recently transferred to Helsinki Zoo as part of the European Endangered Species Breeding Programme (EEP) for Asian lions.

“The pride is doing great, the cubs are growing and gaining strength daily, and Loki is proving to be a fantastic big brother as he is great with the cubs," says lead ranger Kelly Lambe.

"All the adults are getting along really well together and each one interacts with the cubs positively - you see them learning to hunt by playing with the others.  They are still having the odd suckle from mum Gira, but they are also eating meat with gusto. We are also delighted to report that the two girls, Arya and Amira, have settled in well in Helsinki with their grandmother.”

The Asian lion is classified as endangered by the International Union of Conservation of Nature (IUCN) and now inhabits only one remaining site in the world – the Gir Forest in India - which means that wildlife parks and zoos play a crucial role in safeguarding the species. The current population in the Gir Forest is estimated to be in the region of 500 lions. Their limited distribution increases the species susceptibility to extinction as a result of disease or a possible natural disaster.  It also highlights the importance of cooperative breeding programmes undertaken by zoological collections such as Fota Wildlife Park acting as a backstop to the extinction of these endangered species.

Fota Wildlife Park opened the Asian Sanctuary in 2015, and it is now home to some of Asia's most endangered species such as the Indian rhino, the Sumatran tiger and the Asian lion.

Fota Wildlife Park is a not for profit conservation organisation and is part of the Zoological Society of Ireland.

Fota Wildlife Park’s core values of conservation, education and research have been instrumental in fostering greater public understanding of the threats to the biodiversity of animal and plant habitats, as well as maintaining some of the world’s most endangered species.

Fota Wildlife Park is open daily to the public from 10am throughout the year and is one of Ireland’s top visitor attractions. 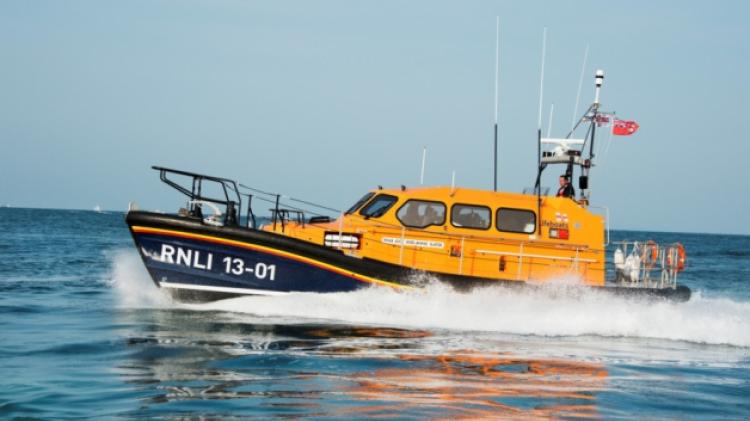