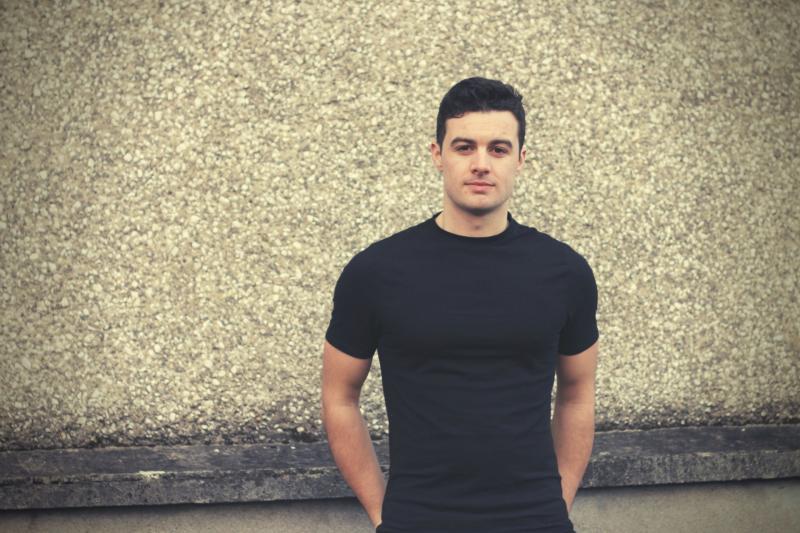 “I think a lad can dream. Anything is possible in the music industry today,” says a South East musician who is celebrating the release of his third single.

The 27-year-old grew up in music-steeped Carrick-on-Suir before really acquainting himself with the industry during his studies at Mary Immaculate College in Limerick and then at Cork School of Music.

“My family has always had a big interest in music, whether that was singing songs at family parties or playing with Carrick-on-Suir Brass Band. It was always something that was in my life from a young age,” Michael tells WaterfordLive.ie

“I really developed my love for music and songwriting when I started to learn the guitar as a teenager. It was something that just felt like the right fit for me and I just wanted to learn more and more about it and get better at it. I've been very lucky to have a family that's had such an interest in music because it's where my journey in music began. It gave me my first platform to perform in front of people at a young age.

“I was always trying to put bands together and write songs for them while I was in secondary school and that's when the passion for it started to grow. Probably because I started really listening to music and discovering what I liked. I would hear songs that really connected with me and say to myself, 'I want to make something that sounds like that. I'm going to write a song like that'.”

“Touring abroad is an amazing experience. I've been very lucky to experience it the way that I have, coming into such a successful group like Celtic Thunder. I suppose I kind of leapfrogged a lot of milestones that most artists go through when building a music career for themselves.

“The tour buses are amazing. They're almost like a small apartment on wheels and almost every night when you finish your show, you hop on the bus, make yourself a bedtime snack, relax for a bit and in the morning when you wake up you're in a brand new city - it's class.”

Following the experience with Celtic Thunder, Michael released Blame It on the Sun, his debut single under the solo artist name Mike Paul. He takes inspiration from life experiences, putting a fictional spin on them to try and create a story that people can relate to.

“Once I have a general idea of where the song is going and what the different sections are, I can start working on the music behind the melody. This is where the real fun begins and is probably my favourite part of the process. I literally just start throwing all sorts of musical ideas down.”

Synth pop track Games with My Heart takes influence from artists such as Nile Rodgers and Irish funk rock band Republic of Loose, a sonic combination that will have listeners dancing throughout the summer.

“The great thing about it is that I'm still learning something new every day I sit down to work on a project. That's why it's great to work with producers that are more experienced than you. For Blame It on the Sun and Games with My Heart, I worked with an amazing producer and studio engineer in Dublin called Ger McDonnell, who has worked with the likes of U2, Manic Street Preachers and Dido.”

Michael is dreaming of building a following and touring his own music in the future. “I think that part of the beauty of the way things are now compared to 10 or 15 years ago is that now the individual or the artist has so much more control over what they can do with the likes of social media and has access to massive platforms like Spotify and iTunes.

“For me, I'm delighted if anyone is regularly listening to my music. I love listening to music myself and I know the feeling I get when I find a song that resonates with me. I’m happy if I can create something that makes someone feel the same way. Who knows, maybe if we have the same weather that we had last summer, somewhere in the country you'll hear Games with My Heart belting out of the radio of someones convertible,” he smiles.

“I love travelling and would love to be able to see more of the world doing what I love. I would definitely love to write and produce for other people someday. As long as I have the ability to keep expressing myself as an artist, I'm living my dream,” he adds.