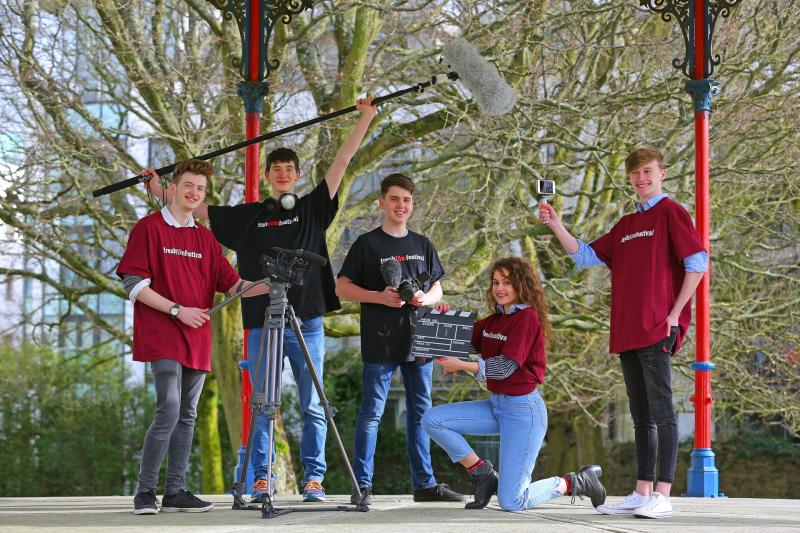 Waterford filmmakers will be hoping for success at the 2019 Fresh Film Festival after the event, which incorporates Ireland’s Young Filmmaker of the Year Awards, received a record 1,700 submissions.

Filmmakers from all over the country, including Waterford, are among the highest number of submissions received in the festival’s 23-year history.

The Fresh screening panel has now viewed all submissions and has selected films by young filmmakers to screen at heats all over the country, including in Limerick, Dublin, Cork and Galway during March.

Films shortlisted for the final will be announced at the conclusion of each regional heat and will be screened at Fresh Film Festival 2019 in Limerick from March 25-30.

Ireland’s Young Filmmaker of the Year Awards will also be presented on March 27/28 during the festival.

Now in its 23rd year, Fresh Film Festival encourages young people from Ireland and overseas, aged 7-18, to create, exhibit and share films. The festival provides an opportunity for these young filmmakers to have their work seen on a cinema screen for the first time and to compete for the title of Ireland’s Young Filmmaker of the Year.

All films submitted are also considered for a range of specialist awards including the Radharc Trust Award for documentary filmmaking, the Boulder Media Animation Award, the RTE 60 Second Short Film Award and the RTE Factual Award, in addition to the International and Audience awards.

Other highlights of Fresh Film Festival 2019 include feature screenings and workshops including an Industry Master class with The National Youth Film School.

Reflecting on the volume of entries for this year’s festival, Fresh Film Festival Director Jayne Foley said: “Fresh Film Festival is all about encouraging young people to tell their stories through film, so the record number of submissions this year shows we have a nation of young storytellers with something to say and the creative means to say it."

"We’ve been overwhelmed by the entries this year and the future of filmmaking in Ireland is bright. Fresh is now an international event and we are now seeing films made by young people from Iran, China, USA, Korea and all over Europe. This year we received over 1,700 films made by young people, films that tell stories and reflect the lives of all these different cultures. This is so exciting."

The regional heats are taking place for Leinster, Cork, Galway, and Limerick and all screenings are open to the public, but space is very limited, so advance booking through the Fresh Film Festival is essential: (061) 319555/info@freshfilmfestival. net.