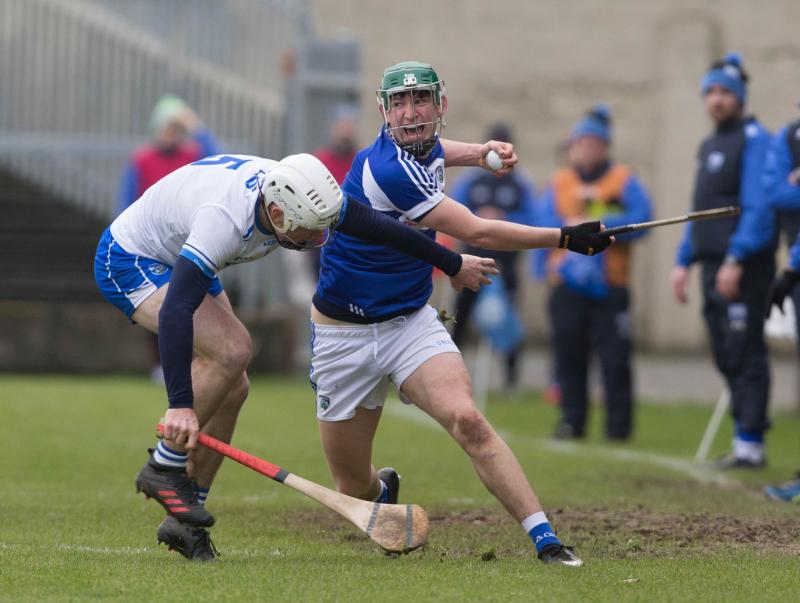 Waterford established dominance early and there was little Laois could do to reel them in, as they eventually finished the game with 14 men following the dismissal of Lee Cleere.

In a scrappy opening to the game, both teams wasted scorable chances before Waterford eventually opened the scoring with a point from Mark O'Brien. Laois wasted little time in responding, Mark Kavanagh landing a free after a foul on Neil Foyle, but that was as good as things got for Laois in the first half.

From the resulting puck out, Jack Prendergast won possession and fed Mikey Kearney. He in turn set up Patrick Curran, who flashed a shot past Enda Rowland for the opening goal of the game. Waterford quickly stamped their authority on proceedings, as Stephen Bennett hit the next five points of the game, four from placed balls, with Laois struggling to make an impression in attack.

To be fair to Eddie Brennan's side they were creating chances, and high, direct ball into their full-forward line caused Waterford problems, but they just lacked anything close to a clinical touch. PJ Scully landed a long-range free, before Mark Kavanagh saw two goal chances saved in a matter of seconds.

Bennett resumed his scoring with two more frees, which were matched by Laois as points were landed by Ryan Mullaney and Sean Downey.

Waterford were out of sight at this stage though, and they were even further over the horizon by the time Colum Cunning blew his half-time whistle. Mikey Kearney added another point before Thomas Ryan raced through on goal and placed a shot to the bottom corner.

DJ Foran and Kearney once more pushed Waterford into a 2-12 to 0-5 lead at the break, with Mark Kavanagh managing one more point for the hosts, from a free.

Laois needed to start the second half in top form to make an impact on the game, but instead things quickly got worse. Lee Cleere, introduced as a sub at half time, was sent off with barely a minute gone for an off-the-ball incident with Thomas Ryan. Bennett then added three more points, and the game was as good as over now with barely five minutes gone in the second half.

Laois, to their credit, kept plugging away and had their best spell of the game after that. Mark Kavanagh pointed four frees, two each either side of a Neil Foyle sfford to get the score back to 2-16 to 0-11.

Waterford's shooting had been poor during that spell, as they racked up seven wides in the first 20 minutes of the second half, but normal service eventually resumed. Thomas Ryan pointed under pressure from the right wing, and then an incisive passing move from Waterford ended with Patrick Curran's second goal.

Mark Kavanagh responded with a stunning goal of his own for Laois, but it was a mere consolation as Waterford ran out convincing winners.