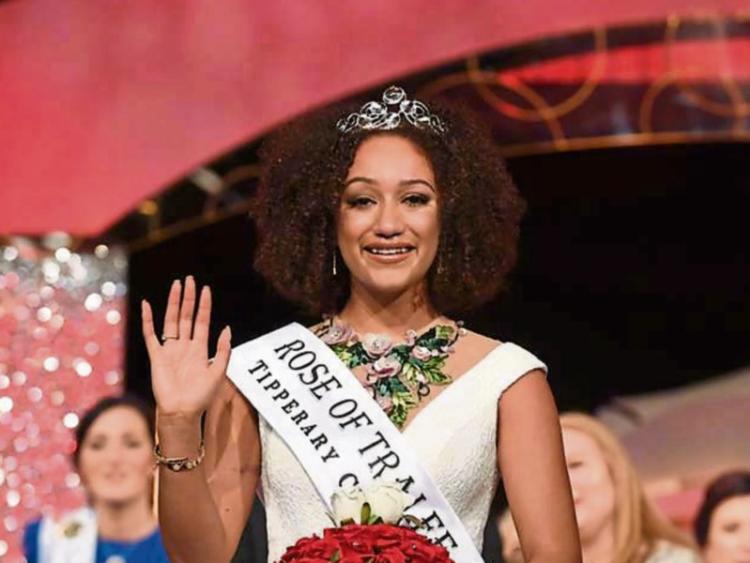 International Rose of Tralee, Waterford Rose Kirsten Mate Maher will join Santa and the Mayor for the launch of Winterval, Ireland’s largest Christmas festival, this Saturday, November 17 in Waterford City.

They will arrive from 4.15pm at John Roberts Square to turn on the city’s Christmas lights at 5pm, with music provided by local band, Brass & Co. WLR FM will broadcast live from the event.

Kicking off festivities this Saturday from 2.30pm, Santa’s elves will hit the streets of Waterford city for an exclusive “Golden Ticket” giveaway — offering free entry to some of Winterval’s top attractions. Clues for the giveaway will be promoted on Winterval’s social media channels this week.

Over 500,000 visitors are expected to attend Winterval 2018, running from November 17 to December 23. There will be more than 60 free and ticketed events at Ireland’s Christmas Capital, including a brand new Santa experience. For more, visit www.winterval.ie.

Festival Director, Tommie Ryan said: “The exclusive Winterval Golden Tickets, not available for purchase, provide access for two adults and two children to some of the top highlights of Winterval including the Enchanted Christmas, a brand-new Santa experience at the Old Postal Sorting Centre; the Winterval Express Train and Sleigh; Winterval on Ice; and rides on the Waterford Eye, Carousel and Helter Skelter. We’d encourage everyone to keep an eye out on Winterval’s social media — Facebook, Twitter and Instagram — in the lead up to Saturday for clues on where the elves will be in Waterford that day.”

Among the 60 free and ticketed events running across the Festival is the Winterval Illuminates Christmas Light Show at Cathedral Square, a light show with music which runs every half hour from 5pm on Winterval days. There is also an opportunity to have breakfast and afternoon tea with Santa at No.9 Café in December; a Christmas Cinema Club at The Reg; and Christmas markets at Cathedral, Constitution and Arundel Squares.

Tommie added: “There is great excitement in the air as we prepare for the seventh annual Winterval. Saturday is set to be a fantastic day, from the Golden Tickets giveaway with Santa’s elves in Waterford city, to the arrival of the man himself, and the International Rose of Tralee and the mayor, for the turning on of the Christmas lights. These events will certainly sprinkle some festive magic on what is sure to be an amazing festival this year in Ireland’s Christmas capital.”