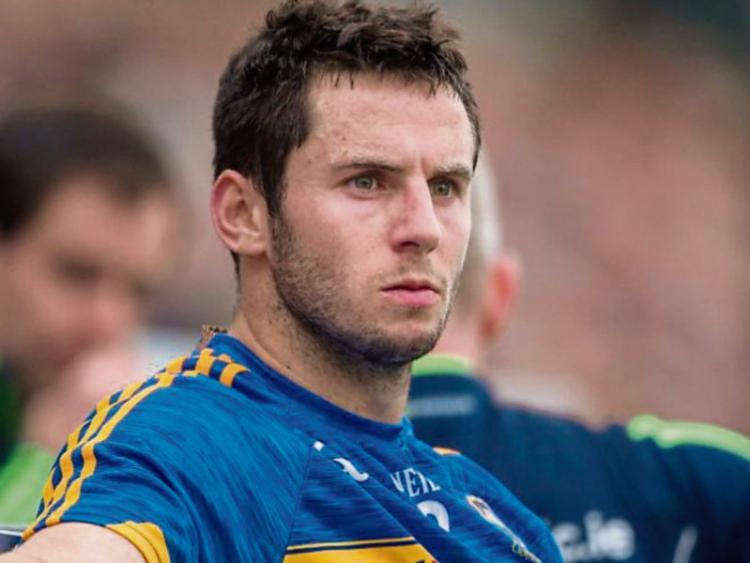 All-Star Tipperary hurler Cathal Barrett has been found guilty of assaulting a barman during an early-hours incident after he had been drinking following a club match last year.

Mr Barrett (25) of Beakstown, Holycross, will be sentenced next month after Judge Elizabeth MacGrath found the facts proven in the section two assault case against him. The Tipperary defender had denied the charge.

His brother, Brian Barrett (31), pleaded guilty to assaulting a barman at Hayes's Hotel in Thurles, causing him harm, and will also be sentenced next month.

Thurles district court heard that Brian Barrett headbutted Dylan Kerr, who was sitting on a stool at the bar looking at his phone while waiting for a lift home after work, and Cathal Barrett then grabbed him around the neck with his arm.

Cathal Barrett said that he was trying to "restrain" Dylan Kerr as he thought he was moving towards his brother after the headbutt.

The former young hurler of the year and All-Ireland winner in 2016 told gardaí following the incident that he had four pints of Guinness on the night of May 27, 2017, in Holycross with his team-mates after a club game. They then went to Thurles and he had five vodkas with Seven-Up in a local bar, and three more vodkas with Red Bull in Hayes's Hotel.

Judge MacGrath said at the end of the case: "I have no doubt that the level of alcohol consumed on the night had quite a bearing on the situation."

Brian Barrett told gardaí that he had no memory of what happened in the bar at Hayes's Hotel with Dylan Kerr, and tried to contact the injured party the following day when he realised what went on.

Mr Kerr told the court that the incident happened at about 3.30am on the morning of May 28 last year, when he was waiting for a lift home after work.

Brian Barrett came over to him and started talking to him and was "extremely aggressive and quite rude," Mr Kerr said, so he tried to ignore him and gave him "yes and no" answers. Brian Barrett then headbutted him, causing him to drop his phone on the floor. He went to pick up his phone and Cathal Barrett "grabbed me by the throat".

Cathal Barrett was "quite aggressive as well" and said "come on you c..t, come on you p...k" and also "watch my f..king leg". Mr Barrett's leg was in a brace at the time.

Mr Kerr said he didn't think Mr Barrett was trying to hurt him, but was "doing his best to restrain' him and was also being abusive and aggressive.

In a garda interview, Brian Barrett said he was shown CCTV of the incident and could see himself "headbutting that lad" and was "ashamed and disappointed" and didn't know what frame of mind he was in at the time.

Cathal Barrett took the witness box and said that, just before the incident, he was sitting at the end of the bar, making phone calls to try and arrange a lift home. "In the meantime, an incident occurred. I didn't actually see the incident, I was kind of dreaming and thinking how I was going to get home more than anything. An incident occurred and my first reaction was, I grabbed Dylan to try and restrain him and defuse any situation that might occur."

He had no intention of hurting Dylan, he said, and didn't know him. "He got off his chair and he was going around towards Brian's direction, not necessarily to do anything. My instinct was just to hold on to him."

Under cross-examination, he said it wasn't his intention to grab Dylan by the throat and didn't think it was recklessness. "I tried to do the best in the situation."

He denied "roaring into his ear" or calling Dylan a "c..t" but probably did say "mind my f..king leg" as it was in a brace, the defendant said.

Judge MacGrath said there was no evidence that Dylan Kerr acted in any way aggressively and said she was satisfied that Cathal Barrett's actions were "reckless" and didn't accept a defence that he was acting to try and protect his brother.

She adjourned the case until November 6, pending the preparation of a written impact statement by Mr Kerr.