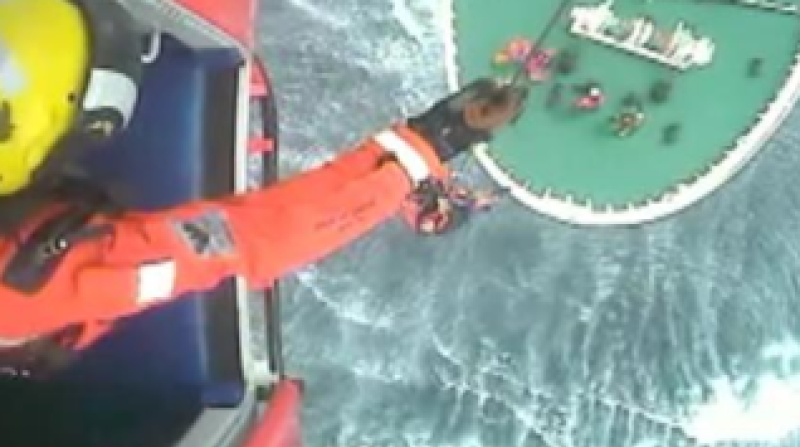 The Irish Coast Guard staged a dramatic helicopter rescue off the Waterford coast on Monday, September 3.

The Rescue 117 helicopter, based in Waterford, was deployed to medically evacuate a male patient from a boat some 220km off the Irish coast.

The man became very unwell onboard the ship but having been winched safely onto Rescue 117, he was airlifted to University Hospital Waterford.

The man was described to have been in a serious but stable condition on arrival. He is said to be recovering well.

The Rescue 117 crew praised the crew onboard the fishing vessel in question. "They managed our hi-line to assist the Winchman onboard which made our job a lot easier," they said.

They went on to say that, "because of the vessel type and weather conditions, the helicopter had to be flown backwards with the vessel coming towards the helicopter while winching at the same time. This is teamwork at its best."

"We wish the fisherman a speedy recovery," Rescue 117 concluded.