Waterford pipped by Tipp in epic U20 hurling encounter 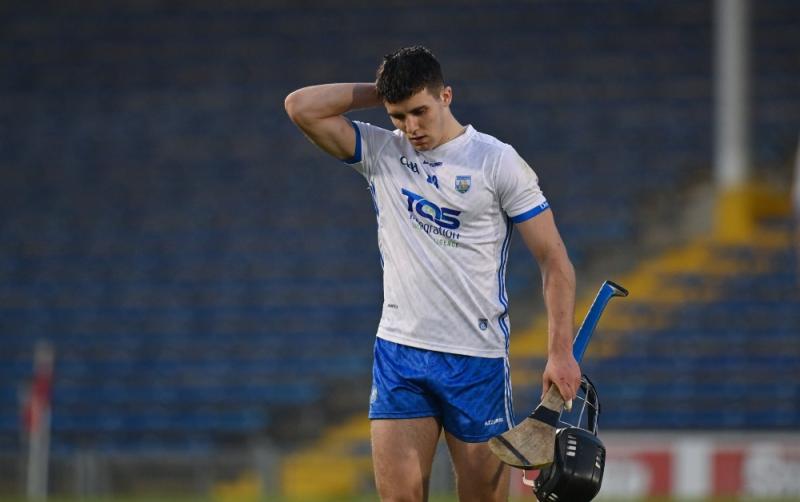 Waterford pipped by Tipp in epic U20 hurling encounter

Munster U20 Hurling Championship - Round Two

A Peter McGarry goal in the 55th minute of the game proved to be the pivotal moment in this Munster U20 hurling clash, as Tipperary saw off a tough Waterford side in a very even contest in FBD Semple Stadium this evening.

In a game where there was never more than one score between the sides until second half injury time, Tipp proved to be that bit more clinical and despite some poor wides in the second half nearly squandering the Premier challenge, they did enough to see it out.

Tipperary exploded into the game from the very first whistle as they looked well prepared to make amends for the stuttering performance against Kerry a week earlier, with Kyle Shelly knocking over the first score of the game three minutes in from a free as he replaced Shane Gleeson from the previous week.

There was a real bite and intensity to the early exchanges, with Aaron Ryan getting Waterford’s interest up and running with a nice point from play, but Tipp were looking sharp as the game plan certainly looked well oiled for this game, with two men operating inside and the passing and stick work much crisper; Ed Connolly traded a point from play with Padraig Fitzgerald around the fifth minute before Tipp took a 0-4 to 0-2 lead with points from another Shelly free and a brilliant score from Peter McGarry.

IN PICTURES: See the action shots from Waterford U20's agonising defeat to Tipperary

Indeed, the half was taking the form of a tit-for-tat point scoring battle as both sides were proving very effective from the restarts, in particular Paidi Williams who was debutising, and he picked out some great puckouts leading to scores in the opening quarter.

Kyle Shelly was proving laser accurate with his frees and added his third conversion in the 10th minute, but there was always a reply from Waterford with Seanie Callaghan pointing from play as the Deise forwards looked very lively now.

To say the opening half was extremely even is an understatement, and bar a good save from a Joe Booth effort by Paidi Williams, the sides made the most of their lot with Tipperary points coming from two more Shelly frees, Paddy Creedon, Jack Leamy, and a booming effort from Cathal Quinn gave Tipp their scores; while the impressive Fitzgerald’s of Paddy and Mark made their mark for Waterford, while Aaron Ryan looked in good form on the frees. Tipp led by a single point at the break but it was all to play for in the second half with very little to separate the sides.

Goal chances were few and far between in the first half but the start of the second half more than made up for the lack of goalmouth action early on, when Paddy Creedon set up Jack Leamy for a shot on goal, only for the Golden man to fumble and try to whip on the ball and with a bit of luck, the ball scuttled across the goals to Kyle Shelly to tap home.

That three point cushion was short lived though, with Aaron Ryan’s free prior to that goal levelling, as Waterford found the net in the 35th minute when somehow, Eddie Ryan found himself one on one with Padraig Fitzgerald who found the room to shoot from the 14-yard line to fire past Paidi Williams and level it at 1-13 apiece.

Aaron Ryan was looking incredibly accurate from placed balls and gave the Deise the lead a minute later, but two Shelly frees between the 38th and 42nd minute, along with a score from Peter McGarry had Tipp into a two point lead at the three quarter mark.

Waterford weren’t going to just allow the game to get away from them though, and they hit a mini purple patch in the following five minutes, hitting three points on the bounce with Ryan (free) and lovely efforts from Padraig Fitzgerald and sub Jake Foley had the visitors back in the lead with seven minutes to go.

The game winning moment came soon after though and it started with a lovely John Campion delivery which found Jack Leamy close to the sideline, and a lovely flick on gave him space to bear down on goal, and he showed great composure to lay off a hand pass to Peter McGarry who fired low to the bottom corner to give Tipp a precious two point lead at 2-17 to 0-18.

That proved to be a massive moment as it seemed to stun Waterford who looked to be getting the better of proceedings, but further scores from Darragh Stakelum, Colm Fogarty and a couple of well taken Shelly frees gave Tipperary enough of a cushion to see out four minutes of added time and clinch top spot in the group.