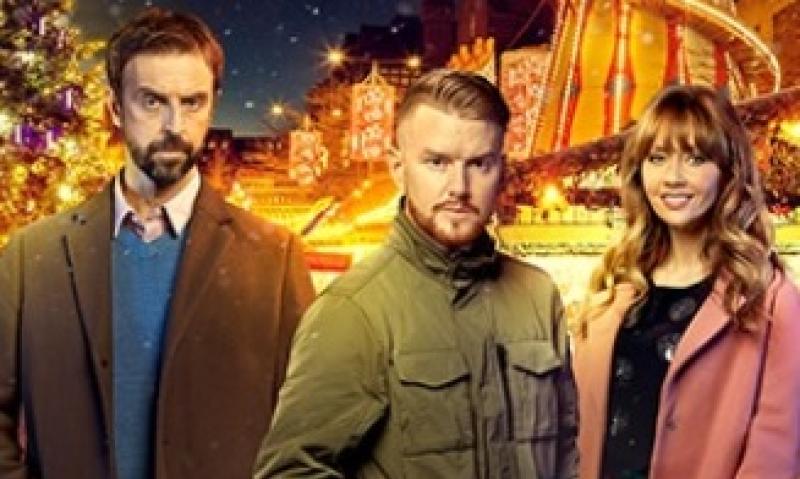 Christmas Day celebrations take a sinister turn when a Winter Wonderland attraction becomes the scene of a dramatic armed siege on Coronation Street.

Derek Milligan believes Gary Windass has destroyed his life and he wants to make him pay. When he finds an antique rifle left by Fiz in Gary’s furniture shop, the scene is set for a seasonal showdown that puts the lives of some of our favourite residents in peril.

He heads for the Rovers, determined to hunt down Gary. After terrifying the locals in the pub, Derek chases Gary out onto the cobbles and the pair end up battling it out on the top of the Helter Skelter at the funfair. Fists and bullets start flying, with fatal consequences.

As you have all been so good this year, here's an early Christmas present!

Meanwhile, Shona Platt is determined to make new hubby David’s birthday extra special and arranges a treasure hunt with herself as the prize. But with clues leading David and the rest of the Platts to Weatherfield's Winter Wonderland, they find themselves at the centre of Derek’s drama.

With the factory rebuild finally finished, the workforce are in celebratory mood, but when Sarah and Nick discover the identity of their new landlord they are less than impressed.

Elsewhere on the street, Rita finds herself home alone and with everyone believing she has gone away for the festive season a freak accident leaves her vulnerable and in danger.

And as the year draws to a close, Michelle Connor packs up her troubles and books a one way ticket out of Weatherfield, but not before discovering she has unwittingly sold the Bistro to her arch enemy Ray Crosby.